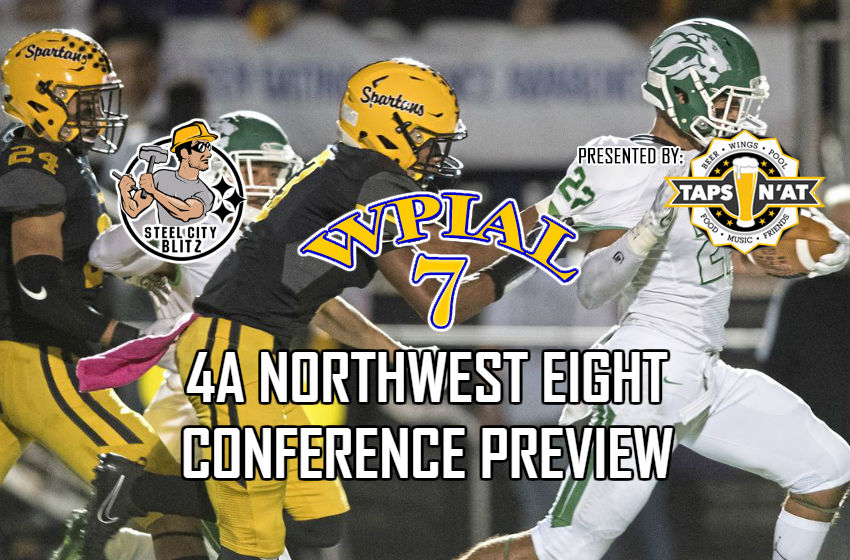 Since the move to 6 classifications, 4A has seen upsets shake up the playoffs and Thomas Jefferson claim the title both times. Unfortunately for the WPIAL teams, their 4A Champion has to play in the same half of the state playoff bracket as powerhouse Erie Cathedral Prep. Thomas Jefferson has been knocked out of the state playoffs in three straight seasons by Cathedral Prep (who has won the last two PIAA titles). This realignment cycle saw three teams leave 4A while only one new team joined the classification. With 16 total teams they are evenly divided into two conferences. The top 4 from each conference will make the playoffs and the 4A Championship will once again be played at Heinz Field. South Fayette enters 2018 with the longest current regular season winning streak in the WPIAL. The Lions have been upset in the playoffs each of the last two years and failed to reach Heinz Field.

The Lions have put together one of the most impressive streaks in recent history, winning 49 consecutive regular season games. Their last regular season loss came in Week 8 of 2011. However, after reaching 3 straight WPIAL finals from 2013-2015, they have not made it back to Heinz Field in the 6 classification era. South Fayette will need to break in a new quarterback this year, which figures to be either junior Henry Lex or sophomore Ryan McGuire who both saw spot duty last season. Whoever wins the job will be aided by a trio of senior receivers in Rayquin Glover (437 yards, 3 TDs), Mike Trimber (430 yards, 6 TDs), and Ryan Kokoski (363 yards, 5 TDs). Junior RB Andrew Franklin is the top returning rusher (266 yards, 5 TDs) after averaging 8.3 yards per carry last year. Two-way lineman Tom Elia has already committed to Richmond, but the secret weapon for the Lions is kicker Ryan Coe who has a handful of D1 offers.

After an 0-2 start, New Castle rebounded to win 7 of their last 8 games and reach the playoffs for the 5th straight season. The Red Hurricanes lost a close game to Montour in the first round. Senior RB Josh Thomason ran for 1128 yards and 7 TDs last year while splitting carries and could be one of this year’s breakout stars. New Castle has a run-heavy offense and Thomason could be a candidate to lead the WPIAL in rushing. Junior Daniel Minenok split time at quarterback and threw for 142 yards and 1 TD. His top 2 receivers also return for their senior seasons in Drew Cox (142 yards) and Donte Burnett (71 yards, 1 TD).

The Bobcats moved up to 4A this cycle after a semifinal appearance in 3A last year. Beaver has made the playoffs in 10 of the last 11 years. Their only miss came in 2016 when they were robbed of a playoff spot by the WPIAL’s terrible 3A playoff structure. Beaver was the highest-scoring team in 3A last season, averaging over 38 points per game, but came up just short of Aliquippa by a 14-7 margin in the semifinals. Senior QB Brodie List threw for 1161 yards and 8 TDs and added 413 yards and 9 TDs on the ground. The team’s top rusher Gino Mavero (677 yards, 5 TDs) returns for his senior season. On the outside, List spread the ball around last year and returns a slew of talented players.  Zach Hansen (152 yards, 5 TDs), Harrison Pontoli (133 yards, 2 TDs), Charlie Zorich (131 yards, 3 TDs), and Matt Lipinski (130 yards) are all rising seniors and will factor into the Bobcats offense. Last year, Beaver’s “Pick Six Gang” made a habit of scoring defensive touchdowns and played a key role in their run to the semifinals. With the number of returning players, watch for their defense to be dangerous once again.

The Rams went through an up-and-down season in 2017, alternating wins and losses each week. Even though they missed the playoffs, they came very close with a 1-point loss to New Castle, a 10-point loss to Montour, and an 11-point loss to Mars. Seth Cohen set a record with 7 touchdown passes in that loss to New Castle, but a failed 2-point conversion in overtime ultimately cost them a playoff spot. Cohen returns for his senior season after passing for 1999 yards and 24 TDs. Leading rusher Cameron Taylor (398 yards, 1 TD) and fellow senior RB Gabe Booker (229 yards, 5 TDs) also return. On the outside, 6’6″ junior Johnny Crise is the top returning receiver (333 yards, 4 TDs).

The Spartans were the comeback kids of last year’s WPIAL playoffs. In back-to-back weeks they came from 14 points down to beat New Castle 35-31 then top-seeded South Fayette 35-27. Their run ended at Heinz Field against Thomas Jefferson, the 4th championship game appearance for Montour in the last 11 seasons. Most of their starting lineup will be new this year after 26 seniors graduated. Senior Anthony Tambellini and sophomore Luke Persinger figure to battle over the QB position in camp. This will certainly be a rebuilding year for Montour, but with only 6 rising seniors on the roster, they can lay a strong foundation for next season.

The Knights rebounded from a 1-4 start to the season to win 3 of their last 4. Knoch’s October run included a win over Mars, which cost the Planets a home playoff game. Junior Heath Erdos figures to step into the starting quarterback role this season. Fellow seniors Noah Cetnar and Saavon Mosby are the top returning rushers. Knoch has made the playoffs just once in the last 5 years but should be in the hunt this season.

The Cougars have only made the playoffs once in the last 9 years but may have a chance this season after a number of young players saw action last year. Senior Kenny Gawley led the team in rushing (574 yards), receiving (136 yards), and scoring (10 total TDs). Fellow senior Chance Liptak figures to take over at quarterback.

The Bridgers suffered through their second straight winless season in 2017. They have not won since the final game of 2015, a losing streak of 18 games. Ambridge struggled offensively last season, scoring more than once only one time and being shut out in 4 of their last 6 outings. Junior QB Noah Campalong returns after gaining starting experience last year. Campalong was also the Bridgers’ leading rusher. The WPIAL schedule-makers did Ambridge a favor by scheduling a Week 2 game against 3A Waynesburg (who went 1-8 last year), giving them a shot at an early-season victory.