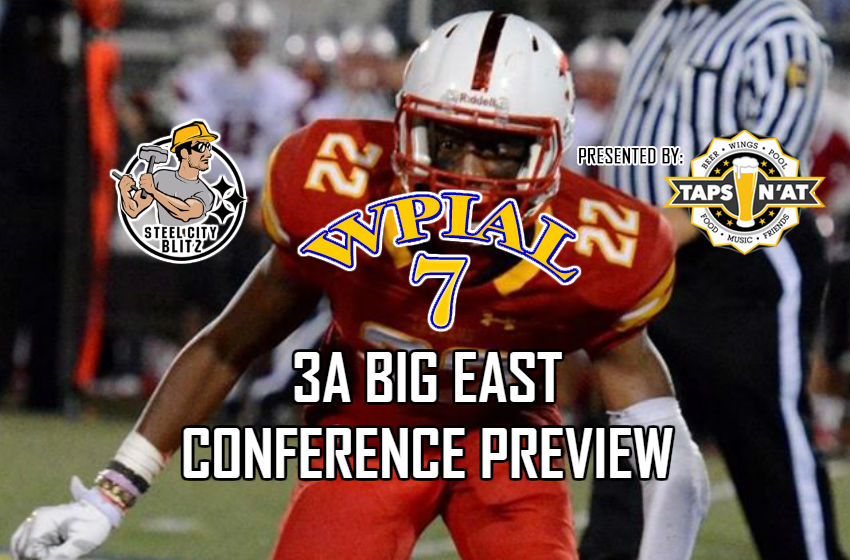 Class 3A underwent some drastic changes this season. Under the previous alignment, there were 3 conferences and only the top 8 teams made the playoffs. This resulted in a very good Beaver team missing the playoffs in 2016 and incredibly complicated playoff scenarios each of the last two seasons. Now, things have simplified. This cycle 17 teams will compete in 3A (down from 23 the last two years). This resulted in two conferences from which the top 4 teams will all make the playoffs. However, because the WPIAL likes to over-complicate things, the conferences are aligned in an East-West split rather than in the more sensible and geographically simpler North-South split. To further confuse matters, the WPIAL named both a 5A conference and a 3A conference the “Big East.”

The move from the North Side to Cranberry has proven fortuitous for my alma mater. The Trojans moved from Single-A to 2A in the 6-classification realignment of 2016 and just two years later have moved up to 3A. North Catholic has reached the playoffs in 6 straight seasons (including their State Championship in 2013) and have made at least the WPIAL semis in 5 of those years. The Trojans return a loaded team this season as they move up in class, led by junior QB Zack Rocco. As a sophomore, Rocco threw for 2186 yards and 29 TDs and rushed for 370 yards and 11 more scores. Rocco spread the ball around last year and returns three of his top receivers in Tyree Brown (418 yards, 7 TDs), Nikhai Hill-Green (334 yards, 7 TDs), and Cameron Branch (306 yards, 4 TDs. Hill-Green is a do-it-all player who can line up all over the field and has a number of D1 scholarship offers. He is the #3 recruit in the state according to Rivals.com. Additionally, WR/DB Rashod Allen has an offer from Toledo as a defensive back.

The Trojans have made the playoffs each of the last two seasons after a 6-year drought. From 2002 to 2015, Derry made the playoffs just once. If Derry can make the playoffs again this year, it would be the first time in school history they reached the postseason in 3 consecutive seasons. The Trojans return a number of players from a stout defense that held 7 teams to single-digits and pitched 3 shutouts. Senior LB Dom DeLuca is the centerpiece of the defense and added 3 TDs on the ground on offense last year. Safety Justin Flack anchors the back end and also spends time at WR where he scored 5 times. Last year’s leading rushers Colton Nemcheck and Onreey Stewart also return. Derry features a run-heavy offense with a running back by committee approach so Nemcheck, Stewart, and junior Justin Huss should all get plenty of carries.

The Yellow Jackets reached the playoffs last season for the second time in 3 years but fell to Seton La-Salle in the first round. Dual threat QB Austin Romanchak returns for his senior year after throwing for 494 yards and 6 TDs and leading the team with 680 yards and 14 TDs on the ground. He also returns some significant pieces around him. Second-leading rusher Conor Selinger (650 yards, 9 TDs) also is back for his senior season. Isiah Bauman is the top returning receiver (108 yards). In total, 7 offensive starters and 6 defensive starters return for Freeport. Of those returning starters, 3 are on the line in Jake Leary, Garrett Smith, and Garrett Ben. The Yellow Jackets have been a traditionally tough defensive team and held 6 opponents to single-digits last season.

The Warriors won the Interstate Conference title last season, making the playoffs for the first time in 4 years. They should be a threat in the conference once again as senior QB Zach Benedek returns after throwing for 1314 yards and 19 TDs. His top receivers and leading rushers all graduated, so the Warriors will have to find a new cast of skill players around Benedek. Senior RB Christopher Makoskey (200 yards, 4 TDs) is the top returning rusher. Junior RB Nicholas Hunnell averaged 9.3 yards per carry in limited work last year and will see an increased role in the offense this season. The good news for the Warriors is that both of their starting offensive tackles return in AJ Ackerman (a Towson commit) and Nathan Homa.

The Vikings missed the playoffs last season, ending a run of 8 consecutive postseason appearances. The team’s leading rushers and receivers all graduated, which means an increased workload will be placed on senior QB Lucas Pieszak. Last season, Pieszak threw for 1011 yards and 12 TDs. Alex Kadylak is the top returning skill player after averaging 5.4 yards per carry and 14.6 yards per catch last season as a jack-of-all-trades slot receiver. Backup QB Jacob Johnson will likely move to receiver this year to provide Pieszak with a big target on the outside.

The Cougars won just two games last season, but they return the WPIAL’s leading rusher in Dustin Shoaf. Last season Shoaf rumbled for 1808 yards and 16 TDs. He was the primary focus of the offense, keeping things easy for QB Jake Server. A fellow rising senior, Server threw for 364 yards but no TDs. The team’s only touchdown pass came from Shoaf. Server will need to improve his ball security after throwing 10 interceptions last year if the Cougars are going to make a run at the playoffs. Shoaf is good enough to carry them into contention if the Cougars can improve a defense that allowed 6 teams to put up over 40 points and held just 2 teams under 30 last season.

Between 1998 and 2005, the Bucs made the playoffs 7 times in 8 years including a trip to the WPIAL semifinals in 2004. Unfortunately, the program has fallen on some hard times lately and not reached the postseason in 5 years. Burrell won their season opener last year against 1A Springdale then lost all 9 of their remaining games. Leading rusher Logan Bitar (1231 yards, 7 TDs) returns for his senior year and will anchor Burrell’s offensive attack. He wil be complemented by fellow senior Lukas Kastelic (230 yards, 4 TDs). Junior WR Seth Fischbach (260 yards, 1 TD) and senior TE Alex Bellinotti (283 yards, 3 TDs) are the top returning receivers. Burrell will need to find a new starting QB this season, but they have the talent around him to end their 9-game losing streak.

The Lancers have a new coach this season and built some momentum by winning 2 of their last 3 outings in 2017. Offensive Coordinator Tim Burk was promoted to head coach over the summer and has familiarity with his team which returns 9 starters on offense. Rising junior Aris Hasley split time at QB last season and will take on the role full-time this year. He returns leading receiver Jared Colton along with TE Colin Kadlick.

The Red Raiders enter 2018 on a 12-game losing streak and have not won more than 1 game in a season since 2013. Over the last 4 years Uniontown went a combined 3-35. But there is some hope as they have dropped down to 3A this season after going 1-19 in 4A the last two years. Uniontown had the second-worst defense in the entire WPIAL (47 points per game) last season. A number of young players saw significant playing time, which means the Red Raiders return a lot of experience this year. Both leading rushers Ky’ron Cragette and Ahmed Hooper return. 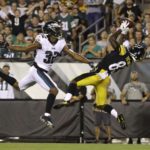