World Cup week is here! In anticipation of the 2018 World Cup kicking off on Thursday, we’ll be taking a look at all 32 teams in each of the 8 groups. It is worth noting that the 2018 World Cup lacks some luster as 5 of the Top 25 teams in the World failed to qualify. Those 5 include some of the biggest names and biggest draws both locally (with the United States missing the World Cup for the first time since 1986) and internationally with Italy, Chile, the Netherlands, and Wales.

Today, we finish with Group H which features one of the most talented strikers in the tournament in Poland’s Robert Lewandowski along with the Golden Ball winner from Brazil 2014, Colombia’s James Rodriguez.

Poland qualified for their first World Cup since 2006. Their best finishes came in 1974 and 1982 when the Polish Eagles finished 3rd. Poland reached the quarterfinals of Euro 2016 where they fell on penalty kicks to eventual champion Portugal.

Poland enters the World Cup as a “seeded” team thanks to their 6th place spot in the FIFA World Rankings. Poland has a number of players right in the prime of their careers and could be poised to make an impact in Russia. The concern for Poland is that while they have arguably the best goal-scorer in the tournament, opponents can scheme him out of the game with a tight, compact defense rather than the looser style of play seen at the club level.

Robert Lewandowski (Bayern Munich) has led the Bundesliga in goal scoring in 2 of the last 3 seasons. Lewandowski netted 30 goals in the 2015-16 campaign and followed it up with 29 this past season. He also set the record for goals scored in UEFA World Cup qualification with 16 this season, tying for the most of any player in the world during this cycle. Monaco’s Kamil Glik and Dortmund’s Lukasz Piszczek will be tasked with anchoring the defense while midfielders Grzegorz Krychowiak (West Brom), Kamil Grosicki (Hull City), and Piotr Zielinski (Napoli) will need to create space to play balls up to Lewandowski.

Colombia’s “Golden Generation” came in the 1990s but never made an impact at the World Cup, only making it out of the group stage once. In fact, the 2014 team which reached the quarterfinals was the best performance by Colombia at a World Cup. This squad is looking to build upon that after a quarterfinal exit in the 2015 Copa America and a third place finish in the 2016 Copa America Centenario.

Colombia was one of the most exciting teams to watch at the 2014 World Cup and return nearly all of their players from that squad. This new golden generation now has the age and experience to make an impact in Russia.

James Rodriguez scored a number of highlight-reel goals en route to winning the Golden Ball as the top goal-scorer in Brazil 2014. Playing out of the midfield, Rodriguez can create time and space both for himself or for talented strikers Radamel Falcao (Monaco) and Carlos Bacca (Villarreal). Joining Rodriguez in the midfield are experienced players Carlos Sanchez (Fiorentina), Juan Cuadrado (Juventus), and Abel Aguilar (Deportivo Cali) who all have over 70 caps. Arsenal’s David Ospina will man the goal and have to keep a relatively inexperienced defense in front of him calm (only Milan’s Cristian Zapata has more than 50 caps). The key to the defense may be 21-year old Davinson Sanchez of Tottenham and 23-year old Yerry Mina of Barcelona.

Senegal has only made one previous World Cup appearance, a memorable run to the 2002 quarterfinals. The Lions of Teranga kicked off the tournament by dealing defending World Cup Champions France a 1-0 defeat. Senegal advanced to the knockout stage after 2 more draws where they beat Sweden in extra time. Their luck would run out in the next round as they fell to Turkey in extra time, ending their memorable run. Senegal reached the quarterfinals of the 2017 Africa Cup of Nations, falling to eventual champions Cameroon on penalties.

Senegal navigated their qualification group which saw some controversy after their 2-1 defeat to South Africa was overturned by the Court of Arbitration for Sport when a lifetime ban was enacted upon referee Joseph Lamptey. Senegal won the replay of the match 2-0. Since qualifying for the World Cup, Senegal has gone just 1-3-1, with their sole win coming over South Korea.

Aliou Cisse was the captain of the memorable 2002 squad and is now the manager of the Lions of Teranga. Senegal has a capable group of forwards led by Liverpool’s Sadio Mane and 23-year olds Keita Balde (Monaco) and M’Baye Niang (Torino). Midfielders Idrissa Gueye (Everton) and Cheikhou Kouyate (West Ham) will be the keys for Senegal turning defense into offense.

Japan qualified for their 6th consecutive World Cup. Their best result came when they reached the knockout stage in 2002 and 2010, falling in the Round of 16 both years. After a run of 4 consecutive Top 4 finishes at the Asian Cup (including 3 championships), Japan fell in the quarterfinals of the 2015 tournament.

As the United States found out in the wake of 2014, leaving some of your most popular players off the World Cup roster can be a disastrous decision. Japan hired Vahid Halilhodzic (who coached Ivory Coast to the 2010 World Cup and Algeria to the 2014 tournament) to manage the team through qualification, but his roster left out some of their star players. Halilhodzic was sacked after a disastrous 4-1 defeat to rival South Korea in the 2017 East Asian Cup. Former Japanese national team player Akira Nishino was named to replace him in April of 2018, leaving just 3 matches before the World Cup for the team to adapt to his style. Japan went 1-0-2 in those contests, winning their June 12th friendly over Paraguay 4-2.

The move back to Nishino as manager brought some of Japan’s experienced stars back into the fold, including Leicester City forward Shinji Okazaki and midfielders Shinji Kagawa (Borussia Dortmund) and Keisuke Honda (Pachuca). Those three players, who were not part of Halilhodzic’s plans, all have over 90 caps and 29 international goals for Japan. Nevertheless, Japan’s defense will need to be the ones to hold the line if they are going to get results in Russia. Yuto Nagamoto (Galatasaray) has over 100 caps and will be the anchor, along with Southampton’s Maya Yoshida.

Here are the predictions of the SCB crew (including a special guest appearance by soccer expert SteelSon) on which teams from Group H will advance to the Knockout Stage. 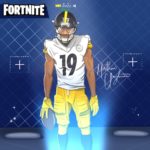