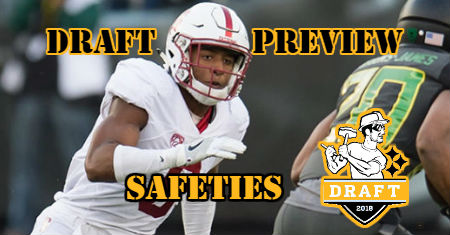 With less than a week remaining until the NFL Draft, we are wrapping up our position-by-position look at the Steelers roster and where the team has the biggest needs. Despite winning the AFC North Crown and finishing an over-ruled catch (that is now a catch) away from being the #1 seed in the AFC, the Steelers have plenty of needs to address on their current roster. While some believe the Steelers need to focus exclusively on defense in the upcoming Draft, the team has generally split their draft picks between offense and defense. The Steelers will have 7 picks in the draft with no picks in the 4th or 6th round but with 2 picks in the 5th and 7th rounds. Today’s preview finishes up our position previews with Safeties, which was also covered on Episode 68 of the Steel City Blitz podcast (along with O-Line and Cornerbacks).

The Steelers finally parted ways with Mike Mitchell, much to the relief of 96% of the fanbase. As a replacement, they signed long-time Packer Morgan Burnett. Burnett is more of an in-the-box strong safety, which means Sean Davis will likely take over the free safety role. Considering Sean Davis played strong safety last season, and both JJ Wilcox and Jordan Dangerfield are also strong safeties, one could make the case that the Steelers depth chart features 4 strong safeties and no free safeties. Considering this, safety is still a need in the 2018 Draft, even with the signings of Burnett and “The Missile” Nat Berhe, who figures to take over Rob Golden’s special teams role. The Steelers lack a true “single-high” rover that can cover sideline to sideline on the back end.

The Steelers have scouted safety prospects – particularly in those that are projected in the first two days. There has long been talk in Steelers circles about moving to a 3-safety “dollar” defensive alignment. We saw some of this last year after Shazier’s injury, when Vince Williams and Sean Spence would leave the field on 3rd downs in favor of LJ Fort and William Gay. Gay played in a rover type role, sometimes lining up in the box and sometimes as a 2-high safety. Drafting a true “free” safety this year would allow the Steelers to utilize this alignment more often with Burnett in the box, Davis and the draft pick playing high. Drafting a safety would also give them a back-up plan if Burnett or Davis get injured or are ineffective.

Potential Prospects: The top two safety prospects will be well out of the Steelers reach. Florida State’s Derwin James is one of the top players in the draft and seems a surefire Top 10 pick. Alabama’s Minkah Fitzpatrick can play both corner and safety and will likely go in the top half of the first round. Fellow Crimson Tide safety Ronnie Harrison (READ: SCB Prospect Profile) is a big hitter who profiles more as an in-the-box strong safety, but has drawn some interest from Pittsburgh. Stanford’s Justin Reid has long been tied to the Steelers as a potential pick at 28th overall, and has been one of their focal points during the pre-draft process. After James, Reid may be the best true “free” safety in the Draft.

The Steelers have also shown interest in likely 2nd round picks Kyzir White of West Virginia (READ: SCB Prospect Profile) and Jessie Bates of Wake Forest (READ: SCB Prospect Profile). Penn State’s Marcus Allen and Southern Miss’ Tarvarius Moore were brought in for a pre-draft visits last week (READ: Allen & Moore Visit Summary) and appear to be moving in opposite directions. Before the 2017 season, Allen was considered one of the top safety prospects but did not have a great 2018 season and did not display elite athleticism at the Combine. Conversely, Moore was off the radar for many and did not even get a Combine invite but blew up his Pro Day with a 4.32 40-yard dash and is skyrocketing up the draft board. Other names to watch in the later rounds of the draft are Virginia Tech’s Terrell Edmunds, Oklahoma State’s Tre Flowers, and Ohio State’s Damon Webb. The Steelers had a large contingent if staff members at all of their Pro Days. 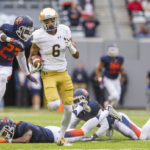