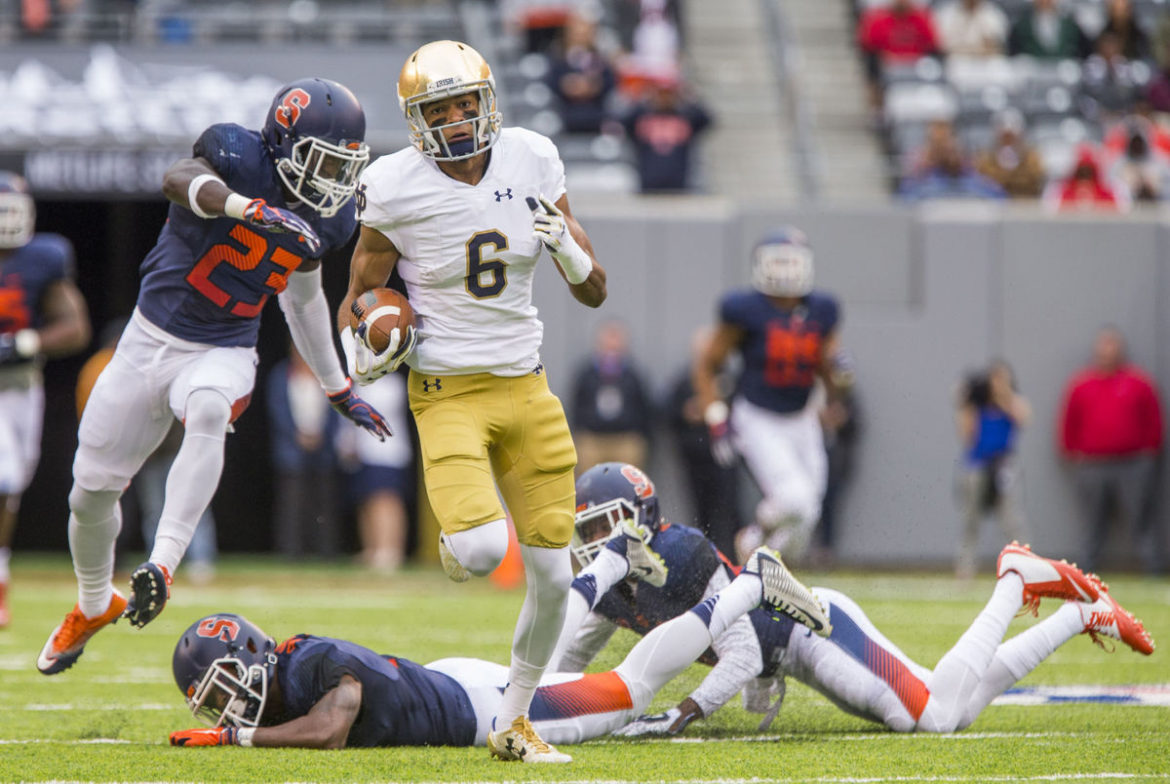 The Steelers have continued to re-stock their arsenal at wide receiver by utilizing young, cheap talent in addition to Antonio Brown. With Martavis Bryant entering the last year of his rookie deal, could the Steelers go looking for another wide receiver in the 2018 Draft? Notre Dame’s Equanimeous St. Brown fits a similar mold of a tall (6’4 1/2″) and speedy (4.48 40-yard dash) receiver.

After a pedestrian vertical at his pro day, Equanimeous St. Brown finishes his #RAS with no agi drills, but a very strong 9.80 score. Was always a H/W/S type, and you get plenty of that with him. pic.twitter.com/notfhlzkB5

Background: Equanimeous St. Brown would be a lock for a Top 10 pick if we were selecting the “best names” of the 2018 Draft Class. He played 3 seasons at Notre Dame with his freshman year being cut short due to injury. His best season came as a sophomore, which was partially due to Notre Dame’s dreadful Quarterback play last season. He was a home-run hitter for the Irish offense with DeShone Kizer at the helm. He has a diverse educational background and speaks multiple languages after attending French school as a child.

What’s to Like: St. Brown is a massive target with excellent long speed. He takes big strides down the field and can gain separation based purely on his combination of size, length, and speed. Notre Dame QBs (Kizer included) had a tendency to scramble around in the pocket and St. Brown did a good job on many scramble drills to keep working to get open after his route ended. In tight quarters, he uses his hands well to get separation from defenders. His best plays came when he was able to catch the ball in space on shallow crosses or deep posts and use his straight-line speed to out-run the defense to the goal line. St. Brown did not do agility drills at either the Combine or his Pro Day and from his tape does not appear to have much “wiggle” or maneuverability in his game.

What’s Concerning: Given his size and length, it should not be a surprise that St. Brown tends to look slow coming out of his cuts and breaks and he is not a sharp route-runner. In the run game, he is a hesitant blocker at best who whiffed on a number of blocks that could have sprung bigger runs if he had been more aggressive. He has questionable hands and tends to be more of a body catcher rather than extending his hands to snatch the ball away from his frame. This can be a problem as he suffered a few drops from letting the ball get into his chest.

The Verdict: I am loathe to bring this up because of all the connotations that come with it, but St. Brown looks like Limas Sweed 2.0. It is possible that he will have a better career and display better hands than Sweed, but given his size, how he gains separation from pure speed rather than route-running, and that he is more of a body catcher than a hands catcher reminds me a lot of Sweed. The Steelers had Justin Hunter on the roster last year as a backup to Martavis Bryant. Both Bryant and Hunter are of a similar “tall receivers with speed” type mold. Given that Hunter departed in free agency, if the Steelers are looking for a player to fill the role of Bryant’s backup, St. Brown could be a candidate in the mid-rounds of the draft. 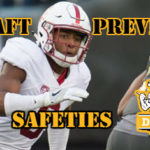