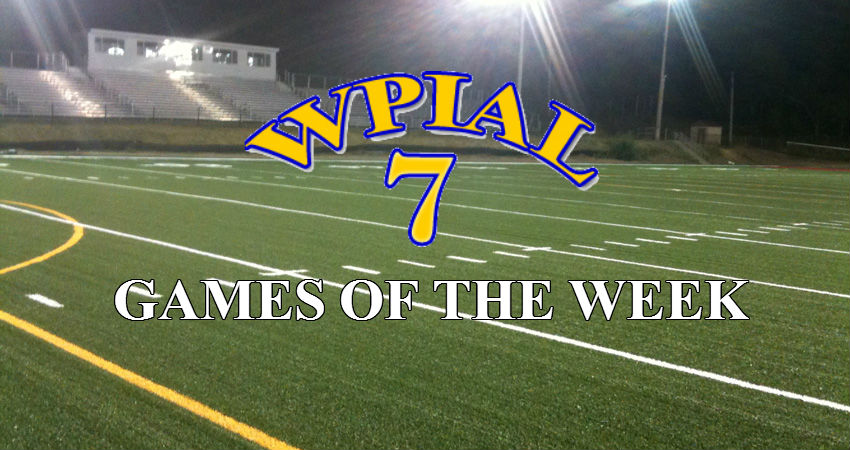 The WPIAL season kicked off fully last week with games that actually counted towards the postseason. In 6A, the Southeastern Conference, which got run out of the playoffs in the first round last season, scored two head-to-head wins over the Northern Seven. Bethel Park convincingly beat North Allegheny and Peters Township edged Seneca Valley. Additionally, Canon-McMillian scored a surprising victory over Hempfield who was one of the favorites in the Southeastern Conference. The best game of the week came in 5A where McKeesport and Franklin Regional slogged through a 7-7 game before a late fumble gave Franklin Regional the ball deep in Tigers territory. The Panthers cashed it in for a winning touchdown with just 1 second left on the clock to upset McKeesport. In 4A, Greensburg Salem made an early statement in the Big Nine playoff race by knocking off Ringgold.  Additionally, Hampton defeated Chartiers Valley, ending an 11-game losing streak (the third-longest in the WPIAL).

The biggest game on the 3A slate last week was the Aliquippa-Beaver Falls rematch. The Quips came out intent on revenge for last year’s championship game and hammered the Tigers 39-0. Elsewhere, Elizabeth Forward scored a big win over Derry (who ran unbeaten through the Interstate Conference last year). In 2A, Mohawk defeated Laurel, ending a 16-game winless streak against conference opponents. The best 1A game was the one I highlighted as my Game of the Week where Northgate came from behind to beat OLSH in the final minutes. However, the biggest news in 1A came from the Tri-County South. Fort Cherry QB Ryhan Culberson suffered an injury and the Rangers were smoked by California. West Greene (who was my “bold prediction” to make the playoffs for the first time since 1993) thrashed Avella 53-7.

As a reminder, if you’re going to be following along with the WPIAL action tonight, keep an eye on the following hashtags on Twitter where people post score updates from games:  #WPIAL #MSAscores #Skylights. I”ll also be posting score updates and commentary from my Twitter account @thesteelersnat.

The fine folks at the MSA Sports Network broadcast most WPIAL football games over the internet, here is their list of the games they will be broadcasting tonight.
At the end of the night, I’ll be updating my WPIAL Standings Page with all of the results and tiebreakers. 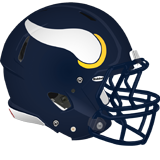 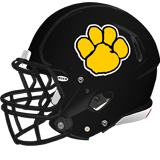 The defending 6A Champions rebounded from a Week 0 defeat to Erie Cathedral Prep to stop Shaler 40-0. Central Catholic brings a 23-game winning streak against WPIAL opponents into their matchup against the last WPIAL team to beat them – North Allegheny. The Vikings traditional run-heavy offense has a bit of a different look this season. QB Troy Fisher threw for 330 yards and 3 TDs and rushed for another against Shaler. He spread the ball around to Cam Laconi, Khalil Weathers, and Gavin Thomson who all had over 55 receiving yards. Kyros Thorpe rushed for 86 yards and 1 TD and Austin Vigliotti scored twice. North Allegheny opened their WPIAL slate with a surprising 35-15 loss to Bethel Park. Senior QB Luke Trueman’s has emerged as a dual-threat for the Tigers, leading the team in passing and rushing. Luke’s older brother Riley was the quarterback for North Allegheny the last time they beat Central Catholic, scoring the game-winning touchdown in the final minute of a 24-17 victory. Junior RB Ben Maenza, the younger brother of last year’s QB Ethan Maenza, is second on the team in rushing and has scored 3 times. John Varzdell and Joey Porter, Jr are the leading receivers for the Tigers. 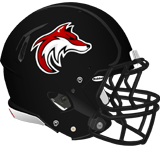 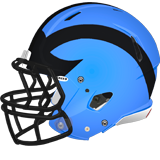 Woodland Hills was the center of a whirlwind of offseason controversy. The players were able to put it behind them on Friday night and score their first win of the season, a 40-6 rout of Baldwin. The Wolverines once again boast a strong rushing attack led by Jayquan Smith and Rodney Dennard who both average over 5 yards per carry and have each scored twice. Naszhir Taylor was the star against Baldwin, returning a punt for a touchdown and scoring on a 15-yard carry. Dual-threat QB Daniel Jones has thrown for 127 yards and rushed for 56 yards this season. Fox Chapel lost a close Week 0 game to Mt Lebanon and was never able to catch up with defending champion West Allegheny last week. The Indians jumped out to a 27-0 lead and cruised to a 41-20 victory over the Foxes. Dual-threat QB Nick Gizzo has thrown for 215 yards and 2 TDs and rushed for 171 yards and 3 scores for Fox Chapel this year. Both of his touchdown passes have been to leading receiver Cole Waxter. Fox Chapel was seen by many as a potential playoff contender this season. A win over Woodland Hills would go a long way towards staking their claim to a playoff spot. 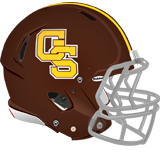 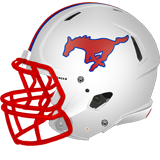 Greensburg Salem is currently riding a 4-game winning streak against conference opponents. The Lions closed last year on a solid run to end the season at .500 and throttled Ringgold 48-7 in Week 1. That was a surprising result which could prove important later in the season as the Big Nine playoff race starts to take shape. Senior QB Jacob Hoyle has thrown for 217 yards and 3 TDs and rushed for 237 yards and 2 TDs in two games this season. He has spread the ball around to WRs Cavan Trout and Kevin Braswell and RB Dajuan Hertzog who has over 130 yards from scrimmage and 2 scores. The Lions were able to dominate Ringgold on the ground, rushing for 303 yards last week. Laurel Highlands won just 1 game last year but is off to a 2-0 start after beating 3A Mt Pleasant in Week 0 then beating Indiana 47-31 in a shootout last week. Like Greensburg Salem, Laurel Highlands boasts a dual-threat QB in Conner Basinger who has run for 220 yards and 2 TDs. With Greensburg Salem beating Ringgold, the playoff race in the Big Nine Conference is suddenly wide open and the winner of this game will have a leg up on making a run at the postseason. 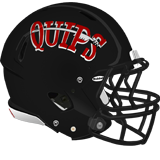 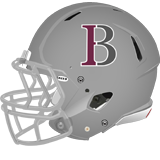 One of the biggest surprises of last season was Aliquippa losing their first conference game since 2009. Beaver knocked off the Quips by a 28-14 margin which propelled the Bobcats to the top ranking in the state. This year, Beaver has graduated a number of players and Aliquippa returns a loaded team. Both breezed through Week 1 with Aliquippa laying a licking on Beaver Falls who bested the Quips in last year’s WPIAL title game. Beaver Falls came out last week with a “Remember Heinz?” banner for their players to run through but it was Aliquippa who did the running on the field. The Quips ran for 272 yards on Beaver Falls with Avante McKenzie scoring 5 times on just 13 carries and finishing with 157 yards. The Quips have started their season against two teams that reached Heinz Field last year (4A New Castle and 3A Beaver Falls) and have not allowed a single point. Beaver has yet to play a 3A opponent but has blown out two 2A schools in New Brighton and Freedom. Senior RB Te’Vonn Williams has rushed for 249 yards and 4 TDs in two games. Leading receiver Tyler Wallace has yet to score on offense but has a kickoff return and two interception returns for touchdowns. 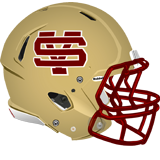 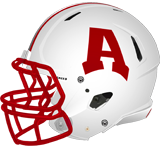 For the first time in 16 games, Steel Valley did not win by a mercy rule. The Ironmen still handily won their season opener by a 48-28 margin over Riverside. Avonworth is considered one of the top challengers to Steel Valley in the Three Rivers Conference (along with East Allegheny and Brentwood, who also play this week). Junior RB Todd Hill ran for two first-half touchdowns last week for the Ironmen and Trevon Adams also scored twice (on a 12-yard pass and on an 81-yard run). Steel Valley is deadly in the return game and proved it once again last week against Riverside, taking two interceptions and a punt to the house. Avonworth flexed their offensive muscles last week in a 49-0 victory over Carlynton. Junior QB Derek Johncour threw for 194 yards and 1 TD, a 62-yarder to Turner Grau. Senior JJ Igims was the star of the night for the Lopes, rushing for 50 yards and 2 TDs and leading the team with 54 receiving yards. Both schools made the playoffs last season and are expected to once again this year. Steel Valley will look to rebound from a sloppy performance last week and continue their winning streak while Avonworth has the opportunity to make a big statement if they can keep this game close. 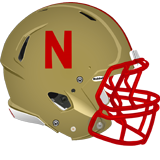 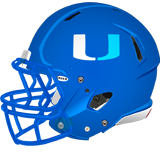 Last week’s 1A Game of the Week proved to be a thriller as Northgate topped OLSH by 1 point 29-28. OLSH held a 22-14 halftime lead and was still up by 8 in the fourth quarter. But Northgate RB Surron Adams scored his second TD of the night to draw the game within 2 and Herman Darjee booted a 44-yard field goal with a minute and a half left to give the Flames the win. Adams finished with 96 rushing yards and 25 receiving yards on the night. Junior QB Eric Hogan threw for 136 yards and 2 TDs and ran for 33 yards. One of the biggest surprises last week was Union delivering a 51-0 thrashing to Sto-Rox. The Scotties are now 2-0 after beating 2A Laurel in Week 0. Senior RB Trevon Charles has rushed for 5 TDs on the season. Senior QB Evan Pinkerton threw 2 TD passes last week, with one going to junior Seth Pinkerton who also returned an interception for a score. Northgate has already topped one of the playoff contenders in the Big Seven Conference and a victory over Union would give the Flames a clear path to challenge Rochester for conference supremacy.