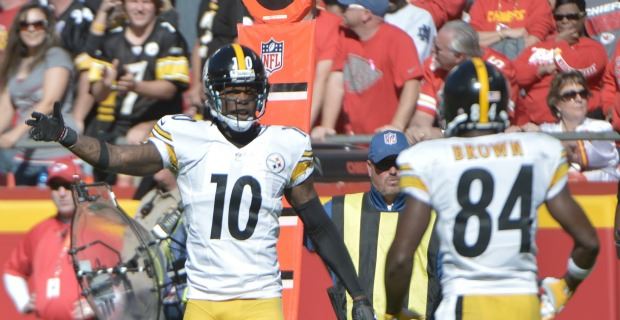 There are few teams if any in the National Football League that have a slew of wide receivers  as talented as the Pittsburgh Steelers. There are some teams that would be more than happy with just the Steelers’ third, fourth and fifth receivers so that tells you just how much talent they have.

Considering the wealth of talent, how does General Manager Kevin Colbert proceed with this group?

I say this because there are significant issues that are on the horizon that range from a new deal for Antonio Brown to the maturity of Martavis Bryant and to the development of Sammie Coates. Colbert has decisions to make and he has much to evaluate.

Let’s get Brown out of the way first. I really think the Steelers will go ahead and give him a new deal even with two years remaining on his current one. Normally I’m a believer in “you play out your contract” but in Brown’s case he’s done everything and more than was expected of him. He’s arguably the best and most consistent receiver in the game so it’s time to reward that.

As far as Bryant goes, don’t be surprised if he spends a good deal of his offseason around both Brown and quarterback Ben Roethlisberger. Bryant has growing up to do and his decision to use marijuana doesn’t just go away. He’s far from the only player who has and will use marijuana but his career is now in serious jeopardy with another failed test.

He’s under contract so he isn’t going anywhere in that regard. He should be able to look back on his postseason and see just what he’s capable of on a weekly basis.

In my mind Markus Wheaton is the wild-card. With one year left on his contract, he could be moved in a deal to acquire draft picks or perhaps a player at a position of need. What we learned about Wheaton this season is important when it comes to  the discussion of trading him.

We saw what he could do from his third receiver spot in the loss at Seattle. If you recall he put up over 200 yards receiving that Sunday. But we also saw what happens when he becomes a one or two receiver as was the case in the loss to Denver in the Divisional Playoffs. With Brown out with a concussion, Wheaton could only muster five receptions and just 30 yards in a performance that left much to be desired. It appears Wheaton is very much locked into a number two or especially a number three wideout position.

What the Steelers have to decide is whether they want to trade him and get something for him now, let him go in free agency next year or sign him to a new deal which means they wouldn’t be all that high on Sammie Coates. The problem with signing him is that you also have deals coming for Le’Veon Bell and Bryant on your offense.

That’s a lot of dough and it likely explains why Wheaton could be the odd man out.

I know for a fact Todd Haley likes Sammie Coates. They have big expectations for him which only builds the case that he could replace Wheaton. He showed some ability in the loss to Denver when he was targeted just three times but grabbed two receptions for 61 yards. Could he be both a potential third and then second wide receiver for the Steelers down the road? I think it’s possible.

Don’t be surprised if Darrius Heyward-Bey is back for another season. We already knew he was a good locker room guy and a solid special teamer but I really thought he did more than any of us could have expected during those five games without Bryant to start the season. Again, his return could depend upon Coates and Wheaton.

There’s no question this is a good problem to have if you’re Kevin Colbert but that doesn’t make the job any easier when yo factor in salaries, projections and maturity. 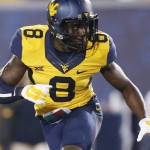 I don’t think the Steelers will extend AB this year. I think they should, as you know. http://old.steelcityblitz.com/2015/08/14/steelers-give-antonio-brown-new-deal/ But Art Deuce has said he sees no reason to deviate from the policies they’ve had in place regarding contracts.

Wheaton stays, but is not extended prior to the season. They’ll decide next year if they want to keep him long term.

DHB comes back on another 1 year minimum vet qualifying deal. He’ll get $965K to play and the Steelers get a cap hit of only $680K. Win-Win. Many make the case that DHB could get more on the open market. But he likes Pittsburgh and #4 WRs and core special teamers who don’t return the ball rarely get big contracts.