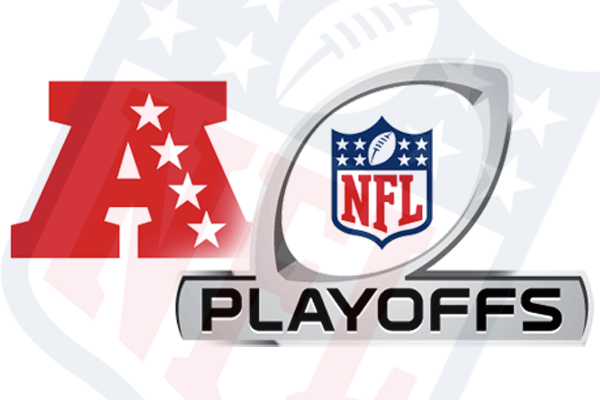 The NFL season has reached the three-quarter pole. As we enter the last four games of the season, the AFC has stratified itself. The Steelers and Patriots are well out in front of the pack while there are close races in the AFC South (between two 8-4 teams) and AFC West (between three 6-6 teams). Luckily, all of those teams have head-to-head games against each other down the stretch so there will be a lot of sorting out to happen over the next four weeks. This past week, Houston fell out of contention with a loss and the Steelers and Patriots moved within one game of clinching their respective divisions. Last week’s Playoff Picture featured GIFs from the best Christmas Movie ever made, so we’ll continue with the seasonal themes this week.

This Week: vs Baltimore (Sunday Night)

Remaining Opponents: vs BAL, vs NE, @ HOU, vs CLE

Clinching Scenarios: The Steelers can clinch the AFC North title with a win over Baltimore. They can also clinch a playoff spot if they lose and Buffalo loses.

The Steelers pulled out a gutty performance to defeat the Bengals on Monday Night. They remain atop the AFC thanks to a slight lead in the Strength of Victory tiebreaker. In two weeks, the tiebreakers won’t matter any more as the two will have a head-to-head game that will decide the top seed in the AFC. Obviously, the thoughts of Steeler Nation are all with Ryan Shazier this week as he recovers from a scary back injury suffered against Cincinnati. JuJu Smith-Schuster will also be out this week due to the NFL’s random wheel of justice delivering him a suspension for a first-time offense on an illegal block. The Steelers can clinch the division title this week with a win over rival Baltimore. It doesn’t get better than that (as far as the regular season goes). The path forward is clear. Play Baltimore for the division title this week and New England for homefield advantage next week.

This Week: at Miami

Clinching Scenarios: New England clinches the AFC East title with a win over Miami. They can also clinch a playoff spot if they lose and Buffalo loses.

New England has done what they typically do and walked through two divisional opponents in the last two weeks. The much-maligned Patriots defense has not allowed a team to break 20 points over the last 8 games. Don’t believe the statistics on this team that were inflated by some of their early-season failures. This defense is playing at a high level right now. The big news this week was Rob Gronkowski’s flagrant elbow to the head of a Bills defender. Gronk has been suspended one game for the hit.

The Titans outlasted a depleted Houston team to remain atop the AFC South standings for another week. Tennessee hasn’t been winning easy the last few weeks and now have 3 straight games against NFC West opponents (including two trips to the West Coast) before a showdown with Jacksonville in Week 17 that will likely decide the division title.

This Week: vs Oakland

What is going on in Kansas City? The Chiefs have now lost 4 in a row and 6 of their last 7. Their defense can’t stop anyone. Their offense came to life last week but they were let down by their defense which gave up 38 points to the Jets. The JETS.

Last Week: Ran all over Indianapolis 30-10

This Week: vs Seattle

Jacksonville has solidified themselves as playoff contenders. They are tied with the Titans atop the AFC South (with a head-to-head win by Tennessee putting Jacksonville in Wild Card position for now). The Jaguars have two games at home then finish the season with two road trips. Amazingly, Jacksonville has held opponents to 10 or fewer points in all 8 of their victories. Their opponents have scored more than 10 in all 4 of their losses. Their defense is legitimately scary.

This Week: vs Pittsburgh (Sunday Night)

The Ravens have won 3 of their last 4 games and have sole possession of the final playoff spot. The Ratbirds have a relatively easy schedule down the stretch after the Sunday Night showdown against Pittsburgh.

This Week: vs Washington

The Chargers have rebounded from an 0-4 start to claw back to a 3-way tie atop the AFC West. They have head to head games against the Chiefs and Raiders coming up over the next four weeks that will decide the outcome of the division. The Chargers kicked a boatload of fieldgoals to get past the winless Browns this week. Los Angeles is one of the hottest teams in the AFC right now, winners of 3 in a row and 6 of their last 8.

The Bills may have saved their season with a win over Kansas City last week but are still a game behind the Ravens for the second Wild Card spot. Buffalo has lost 4 of their last 5 games and will likely need to win 3 of their last 4 in order to have a shot at a playoff berth.

Sometimes it’s better to be lucky than good. The Raiders got through the suspension of Michael Crabtree by having the New York Giants front office take a complete dump on themselves this past week and bench Eli Manning. The Raiders emerged victorious and now have an opportunity to snatch control of the AFC West away from the Chiefs who can’t win a game to save their lives. After that, they get the Cowboys in their final game without Zeke Elliot. Everything seems to be falling into place for the Raiders to make a run here.

Jay Cutler returned to the lineup and soundly defeated the once-vaunted Broncos defense.  Cutler threw for 2 TDs and the Dolphins defense recorded 3 interceptions and 3 sacks against Trevor Siemian. The Fins snapped a 5-game losing streak and now get to meet New England for the second time in three weeks. Matt Moore started for the Dolphins in their last outing against New England and it will be up to Jay Cutler to keep their playoff hopes alive this week.

This Week: at Denver

Just when you think the Jets are out of it, they go and win a shootout against the plummeting Chiefs and keep themselves alive. Josh McCown threw for over 300 yards and 1 TD and ran for 2 more scores (including the game-winner). The Jets now get a game against a Broncos team that can’t stop anyone and a Denver offense that can’t move the ball.

Last Week: Blew a 17-point lead to Pittsburgh and lost 23-20 on Monday Night

This Week: vs Chicago

The Bengals returned to their bungling ways on Monday Night, blowing a 17-point lead and devolving into a penalty-ridden team. Joe Mixon and Vontaze Burfict left with injuries and safety George Iloka will not be suspended this week after a vicious shot to the head of Antonio Brown because the NFL doesn’t really care about player safety. The Bengals were eliminated from contention for the AFC North title. They now have three straight games against NFC North opponents and will try to become the first AFC North team to beat Chicago this year.

Houston topples out of the Playoff Picture this week as they have fallen 3 games out of the last playoff spot with just 4 games remaining. Indianapolis and Denver are still mathematically alive but can be eliminated this week. Cleveland has already been eliminated and is having one of the worst runs in NFL history under GM Sashi Brown. Don’t tell the folks on Twitter who only care about how many draft picks you have though. 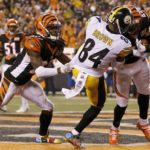 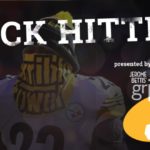 SCB Steelers’ Quick Hitters: The “Mike at the Mics” Edition

I said over the last few weeks ” they have to sharpen the pencil”. Here’s the problem while the Steelers are gutting out wins. other teams are steadily improving. A two game losing streak isn’t that far fetched. BTW that horrible Patriot defense has definitely sharpen up their play.

Here would be a good start, insert James Harrison at MLB.