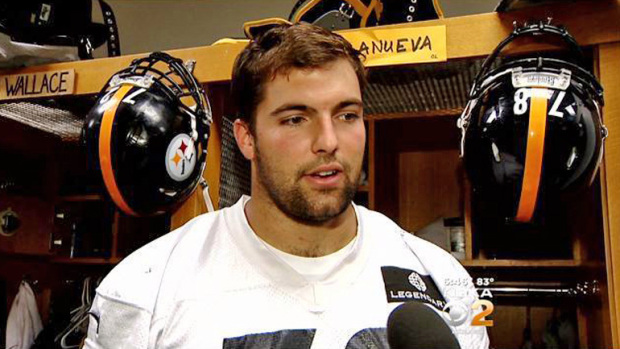 If the Baltimore-Pittsburgh rivalry was already heated, we can now assume it’s scorching. Former Steeler and new Ravens’ offensive tackle Alejandro Villanueva said more in one day than he’s said during most of his time in the Steel City. And what he said about former teammate JuJu Smith-Schuster just dialed up the rivalry while also making me wonder what Big Al had to gain.

During his first visit with the Baltimore media, Villanueva didn’t hold back when asked about the Baltimore running style. “When you have a balanced offense, or when you run the ball, it’s obviously better for the offensive line. I’m assuming it’s not as fun for the wide receivers because they’re not getting all the catches. They’re making TikToks and they’re having fun on social media. ”

As far as I’m concerned Villanueva clearly went out of his way to slam JuJu. There was nothing in the topic presented to him that alluded to the Steelers or their wide receivers in any way. Yet Villanueva made a beeline for his takedown faster than a bad comedian rushing to the punchline. If he only he blocked as well last year huh? I honestly don’t understand why he felt the need to say what he did but it’s out of character and unlike a person with his background.

Big Al comes off no better than the Pittsburgh shock jocks who consistently take players like JuJu to task for being… wait for it… young men! Did I like Smith-Schuster dancing on opposing teams’ logos while recording at the same time? No I sure didn’t and I said as much several times. In fact, if Villanueva was so put off by what Smith-Schuster was doing why didn’t he say something? A former Army Ranger doesn’t have the leadership skills to sit down with a younger player and talk about what he’s concerned about? He was so offended by JuJu’s social media usage that he waited until he went to another team before saying something? That’s not leadership in any way, shape or form.

His service to this country is not what this is about however. I’m as grateful to Villanueva for his sacrifice as I am any of our men and women but this really leaves me bewildered. What is he hoping to gain? Few players in Pittsburgh have busted their ass the way Smith-Schuster has. That is what has endeared him to Pittsburgh football fans, not his social media. That’s for casual fans or non-Steelers fans.

I have nothing but respect for Villanueva and for many reasons. But in my view he just committed a major sin of combat by giving up the high ground he used to have. I think it’s safe to say the two dates with Baltimore just got hotter.