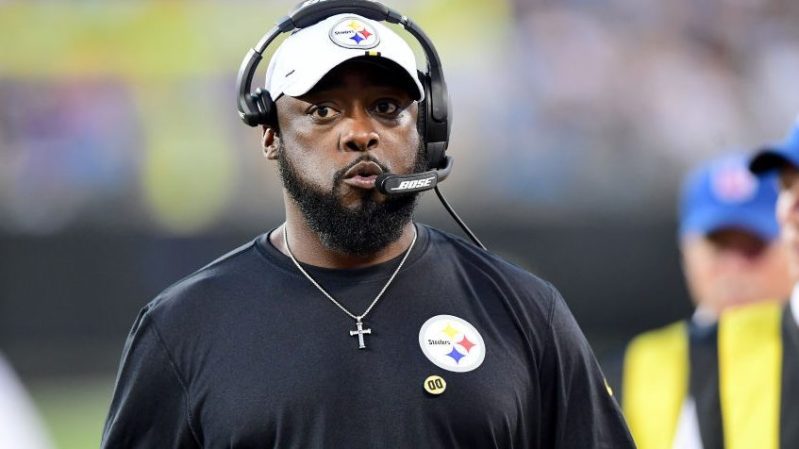 There are no guarantees in life. At least this is what many of us have been told. Possible exceptions of course being ‘death and taxes’ but a third guarantee could also be that Mike Tomlin’s teams never finish with a losing record. The Head Coach of the Pittsburgh Steelers enters his 15th season at the helm and has never finished below 8-8. There are many that believe that this could be the year where that streak comes to a screeching halt.

After starting 11-0 in 2020, things changed dramatically. They lost four of their last five and then were embarrassed at home by rival Cleveland in the Wild-Card round. Sites like SportsBettingDime.com have taken notice of that floundering finish and have established the Steelers’ win total at 8.5 games. With 17 games on the docket for 2021 that’s as close to ‘below .500′ as Pittsburgh can get.

While last season’s ending is a big reason the Steelers are not on many radars, there are other factors. 39-year old Ben Roethlisberger returns after a solid season of 33 touchdown passes to 10 interceptions but even he has admitted that he wore down as the season entered its’ final phase. The addition of Najee Harris could potentially save on the wear and tear of Big Ben’s arm but that also comes with a huge question mark.

In order to run the ball successfully, one also needs good blocking up front. With the news that David DeCastro has been released, the Steelers will start a completely new offensive line than the one they ended 2020. It is not a stretch to suggest that the Steelers’ fortunes, at least as far as offense is concerned, will rely primarily on the shoulders of this group.

Defensively, the team looks strong in most areas but there are concerns. T.J. Watt and Alex Highsmith are projected to be the starters at outside linebacker but there is currently little to no depth behind them. Has the team found an answer for who replaces Mike Hilton as the slot cornerback? Is there adequate safety depth? What about inside linebacker where Devin Bush returns from an ACL injury? Are they just one more injury from being right back to square one?

What I can safely say about Tomlin and his Steelers is that they usually find a way to achieve success. This year they face the league’s most difficult schedule while trying to break in a new O-Line and running game. With the odds stacked against them, can the Steelers once again find a way to regular season success?

How Confident Are You With Steelers’ Tight...

The best that I can see the Steelers finishing is at 9-8. Even that is being very optimistic. More likely is 8-9 or 7-10.