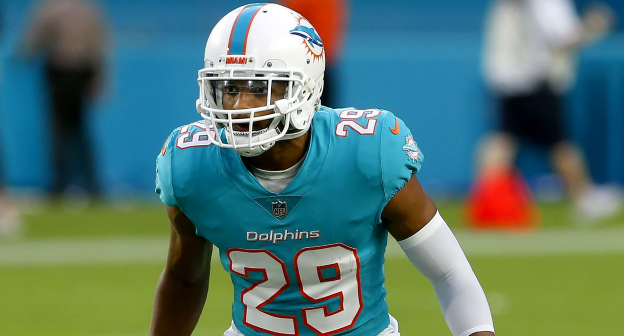 The Pittsburgh Steelers are not acting like the Pittsburgh Steelers. Whether this is a good thing or not won’t be known for some time but something clearly has them behaving in a manner we are not used to. After trading up for first round pick Devin Bush, the Steelers have pulled the trigger again. This time they’ve traded their 2020 first round selection for Miami defensive back Minkah Fitzpatrick. If you’re keeping score at home the Steelers now have no first and no third (part of the Bush trade) in next year’s draft. Make no mistake though, the move for Fitzpatrick is not just about this season but for those to come as well.

Here’s the full extent of the trade from Ian Rapoport.

Fitzpatrick can play either safety position and can also play slot corner if needed. This deal spells the end for Sean Davis (he currently has a torn labrum) who never became the big-time player the Steelers believed he would. Davis is in the final year of his contract and the only way he returns is if he does so on a very team-friendly deal. My assumption however is that Mike Tomlin and Kevin Colbert are ready to move on from him altogether.

Where the Steelers will choose to deploy Fitzpatrick right off the bat I can’t say. The defense Keith Butler uses is known to be complex so it may take a bit for him to get completely acclimated. When you trade a first rounder though, you expect your haul to get on the field in a hurry.

Why This Is a Great Deal

I’ve said this in conversations on Twitter. When you can get a guy that you already know what he’s capable of then that is significantly less risky than drafting a rookie you have less knowledge of. What really makes this trade appealing however is the contract of Fitzpatrick. He is on his rookie deal for this year and the next two before the Steelers can choose to use the fifth year option. His salary for this year is just over one million dollars. From a financial standpoint this is a home run.

I’m old school – I admit it – because I hate giving up draft picks. I really hate giving up a first round pick. The Steelers will head into the 2020 draft with limited ammunition on the first two days of the draft and that’s always a concern regardless of how good you expect your roster to be. If this season ends miserably and the Steelers would have had a top ten pick? Then the second guessing of this deal will be in high volume.

For now and the future this is a sound financial and on-field investment and that’s all we can judge at this time. Let all of that second guessing begin but I’d prefer we were able to discuss what a tremendous impact Fitzgerald has had. Only time will tell. 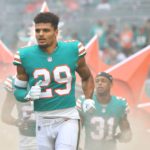 Time me to vent, it’s time to be honest. You could insert Ronnie lott in this defense and it wouldn’t matter. The scheme makes no sense and is designed out of weakness. We have really good players on defense and are doing less with more. Remember this preseason when you guys suggested that they were playing a watered down version. No they were not it’s how Kieth Butler rolls. and he would not have a job anywhere else. The 2020 draft pick is going to be a high one and a perfect shot at Ben’s replacement. But they went out and got Koogles when they had peanut butter and jelly in the closet already

I don’t disagree Bob. Butler needs to go. I’m tired of the same problems and excuses. I don’t think this was about this season though. This is about rebuilding the defense through the middle. Bush is in place, now Fitzpatrick. As for the pick itself there’s no way to know just yet where we would be drafting. If Rudolph shows any promise at all they wouldn’t be drafting a QB.

Calling out heads isn’t something I like to do but this defense has not improved in the Butler years and he needs to be accountable we had late game losses due to this defensive scheme he employs, yeah I know he isn’t out there but the players are it’s up to them to get the stops but it’s also the calls, we lost 4games last year we had leads going into the 4th quarter say what you want about missed field goals and extra points but the Butler defense or lack of it lost games as well, Put simply, Butler needs dismissed, next up is Fichtner… His offense is starting to run foul ,