The 2019 season has taken an unexpected turn with Ben Roethlisberger lost for the season due to elbow surgery. The good news is that this has happened early enough in the season so that many things can still happen. Mason Rudolph will make mistakes and he will make big plays too. If he shows improvement as the season progresses then I believe the team has a chance to be successful. He will need help however. The running game picking up is an absolute must. The defense getting off the field on third downs and turning the opposing offense over is a must too. I really do think Rudolph is prepared and equipped to handle this. Whether or not he rises to the occasion or shrinks from it will be seen but I feel optimistic.

The Move for Minkah

The Steelers decided to punk me late last night when they traded for Dolphins’ DB Minkah Fintzpatrick. I say that because I typically get a lot of ‘Quick Hitters’ written the night before. Nevertheless both Ian and I threw together our own thoughts on the trade.

With Big Ben going on IR, the Steelers signed Devlin Hodges, famous duck caller and quarterback, to the 53-man roster. He will backup Rudolph for the foreseeable future. I would not be surprised to see the Steelers sign a veteran arm as insurance.

Tweet of the Day… Not sure if you saw this but I caught it while watching film yesterday.

Anyone else catch this wink from @Rudolph2Mason before his first career snap? pic.twitter.com/E6g5Qwm4PM

Besides Roethlisberger, the Steelers are dealing with less serious injuries to James Conner (knee), Vince Williams (hamstring), Anthony Chickillo (foot) and a few others. Roosevelt Nix did not play on Sunday and is expected to miss Sunday’s game as well. Sean Davis (torn labrum) also continues to battle injuries and the secondary cannot afford to lose him for any extended period.

Despite the 0-2 start there have been some good performances by both Stephon Tuitt and T.J. Watt. Both guys have made splash plays and in the case of Tuitt, this type of play is exactly what was expected of him since he as first drafted. Watt has rounded himself into one hell of a player. Not only is he using a variety of rush techniques to get to the quarterback but he is closing on ball carriers with terrific speed and power. These two need to keep it up and that goes without saying.

I don’t know about the rest of you but I’m exhausted after the last two days. From the loss to Seattle and Ben leaving the game to Ben being lost for the season and then the trade for Fitzpatrick. The Steelers are normally so quiet about things… I need a nap! 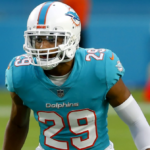