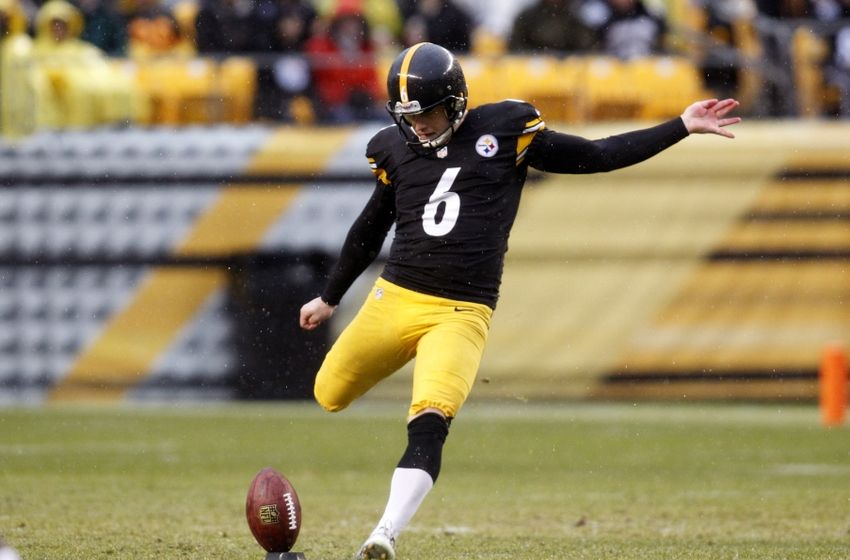 In other words, you’re expendable.

Pittsburgh Steelers’ kicker Shaun Suisham was a guy headed in the direction of being just such a journeyman for the early part of his career but since joining the Steelers, he’s found a home.

In the middle of the 2010 season, the Steelers needed a kicker. Shaun Suisham needed a team. What was thought to be nothing more than a relief appearance for the remainder of the season turned into a career for the former Bowling Green Falcon.

Suisham missed just one field goal in 15 attempts in that 2010 season which was more than enough for the Steelers to be convinced that Suisham deserved another year. In his four plus years now in Pittsburgh, Suisham has made more than 87% of his kicks.

That’s no small task when you recognize that kicking at Heinz Field is arguably the toughest place in the NFL to be successful as a kicker. That percentage is significantly better than his 80% (81/101) in Washington and his 66% (6/9) in Dallas.

Perhaps all Suisham needed was a chance and the Steelers gave it to him.

While the knock on “Sushi” is legitimate in that he doesn’t have a big leg, the Steelers have given up those chances at 50-plus yarders and instead they’ve gladly taken his consistency from shorter distances. In the last three seasons, Suisham is 40 for 40 from the 40-49 yard range.

He’s also been perfect for his Steelers’ tenure in PAT’s which isn’t awe-inspiring but becomes important heading into the 2015 season where extra points will be attempted from 33 yards out unless the team chooses to go for two. Since his career started with the Steelers he’s missed just four times from the 30-39 yard range so he should be relied upon to make his PAT’s without much concern.

When Training Camp begins in less then a month, the Steelers will likely have another place kicker in camp. To say that he will have his work cut out for him to replace Suisham is an understatement.

The Steelers needed a consistent kicker and Shaun Suisham needed a home. They’ve both been happy to put the term “journeyman” aside.

Steelers, Suisham Found Each Other at the Right Time was last modified: June 30th, 2015 by steeldad
#steelersPittsburgh SteelersShaun Suisham 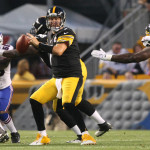 […] I wrote a piece on ‘Sushi’ last week and it could just as easily be placed here for Battle Reports because I don’t think there’s any chance of him not being the kicker for 2015. That said, place kickers can sometimes be like professional golfers. When they start missing ones they should make, doubt creeps in. I don’t see that coming with Suisham though. […]