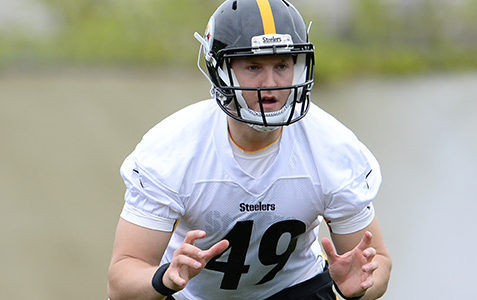 The Steelers have had a unit now that has been struggling for a while. A brief discussion here about the forgotten warriors of the roster, special teams. Some games are won and lost within these units but are still left out of some people’s 53 man roster predictions.  Here, they are worthy of their own article because they are important and in fact a part of this team.

Kicker – Chris Boswell is reliable but last season struggled from 50 yards or more, going 0 for 2. Also would like to see him improve on kickoffs. No worries here, as long as he stays healthy.

Long Snapper – Colin Holba was drafted in the sixth round, which caused many jaws to drop and many fans google “where to buy a pitchfork.” Light was recently shed on this when Greg Warren was released due to a failed physical. From what I’ve seen and heard, Holba was the best long snapper in the class and is extremely consistent. Let’s hope we have another Greg Warren on our hands here.

Holder – I’d put Landry Jones or Joshua Dobbs here. I am a huge advocate at putting a quarterback in the holder position just because a fake can happen at any time and teams must account for that. Dobbs has the athleticism to make something out of nothing should the snap or hold go wrong.

Punter – Jordan Berry is a decent punter who needs to work on getting more consistent. Some games he will average 36 yards per punt and others 50 plus yards. I know circumstances alter these stats, but his game is truly inconsistent. He’s the best punter we’ve had in a while and I am happy with him. Do not want to go back to the days of the revolving door in the punter room.

Kickoff Team – Danny Smith has yet to put together a strong special teams unit since his hiring in 2013. The kickoff team needs to be reliable, effective and improve since kicker Chris Boswell tends to not kick for a touchback.

Kick Returner – I would put new Steeler Knile Davis back there, who has a career average of 27 yards per return, four more yards than any Steeler averaged last season. Fitzgerald Toussaint, who shouldn’t make this team, was terrible at returning kicks. DeMarcus Ayers, should he make the team, could also return kicks.

Punt Returner – This is where the fan base is divided. Do you want Antonio Brown out there or do you not want him risking injury? I’m torn on this topic. I want Brown returning punts because he is extremely reliable at fielding punts, but I also don’t want him getting injured on a 4 yard return. I would consider Ayers here as he was very dynamic and successful at returning punts in college.

If you have any thoughts, please leave them in the comments! 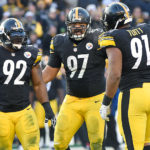 Two Changes the Steelers Must Make in...

You wrote an article about special teams without mentioning the river dance onside kick attempt. Come on man, you know how hard they worked on that.

Until it works, it shall be excluded!