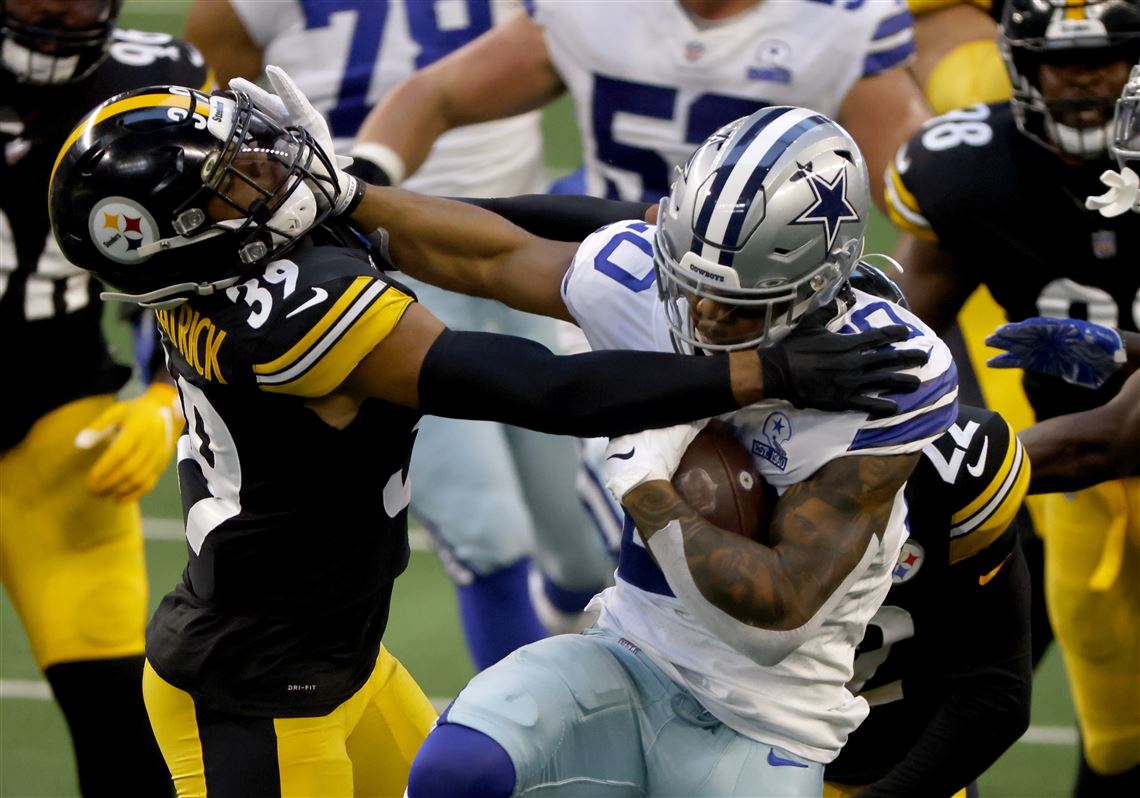 If you’ve been able to finally pick yourself up off the floor, you can rest assured that the Pittsburgh Steelers are 8-0 and remain the only unbeaten team in the National Football League. Being unbeaten at this point is a significant achievement. No other team has been able to do it and as poorly as the Steelers played in their 24-19 win in Dallas they still found a way to get the win. Unfortunately I see glaring issues. Some that arose today in striking fashion and others that have been brewing.

What does it say about your faith in your Special Teams Unit when the head coach decides against a short field goal to help close out the game and instead goes for a fourth and one? That’s exactly what the Steelers did. Because they had no answer for Tyrone Crawford constantly jumping over the ‘A’ gap to harass Chris Boswell (he blocked one). Mike Tomlin was forced to go for it (more on that call below).

But then the Steelers fell prey to the old “my leg, my leg” routine on a punt return only to see that player nearly take the ball to the house. Only a great effort by Jordan Dangerfield kept it from being a touchdown. The kickoff team also gave up a big return as well.

And while Chris Boswell set a new Steelers Franchise record with a 59-yard field goal to end the half, he also missed one and had another blocked.

It’s fourth and one. A first down ENDS THE GAME but you haven’t run the ball well all game. In fact, you’ve only run it a couple of times since the second quarter. The play you choose is a ‘slow-developing, pull two linemen’ play to the outside that didn’t have a chance from the get go.

This was THE WORST run defense in the NFL entering today and the Pittsburgh Steelers couldn’t run the ball. Earlier in the game the Steelers faced back-to-back plays where they needed just one yard to move the chains and twice they gave it to Anthony McFarland who was stuffed. No James Conner? Where was Benny Snell? Isn’t the whole reason he’s on the roster is for him to get those short yards when needed? Randy Fichtner’s personnel usage continues to mystify.

Issue #3: The Defense is Not What It Was Last Year

You can show me stats and numbers and articles and what not but there’s nothing you can tell me that would make me believe this unit is playing as well as it was in 2019. The last two weeks have seen the run defense get gashed way to often. The common denominator in this has been the loss of Tyson Alualu who has essentially missed the last two games.

Certainly, the loss of Devin Bush has been part of the problem. No matter what we think of Robert Spillane, he isn’t Bush and we can’t expect him to be. But he isn’t the only problem either. Keith Butler gambled a lot tonight that his four or five rushers could get home. That often left T.J. Watt or Bud Dupree in coverage and that didn’t work.

Sometimes that’s the way it goes but when you go away from what works it makes you scratch your head. What we saw in Dallas today makes you wonder what Patrick Mahomes might be able to do if the defense continues to play this way. There was tremendous bend but little break against the Cowboys and Garrett Gilbert but I shudder to think what could happen.

Are my concerns just “trying to find something to write about?” I wish that were the case. This season has a very special feel to it and when Ben Roethlisberger limped to the locker room it felt like it had left. But both he and the feeling returned and now the Steelers are 8-0. But I guarantee you that Mike Tomlin has plenty to discuss with his team tomorrow. 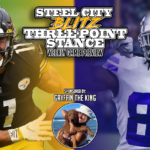 SCB Steelers Quick Hitters: The “What the Hell Was That?” Edition

One thing you didn’t mention was Ben’s inability to throw the ball 10-15 yards on those out patterns or back shoulder throws. I said before the season started that this might be a problem. I fully expect teams to start taking away the very short passing game and say “let’s see what you got”. And they better start planning now how they are going to take Kelce away. Yes were 8-0 and that is impressive but i think other teams are going to start finding ways to better challenge this team. Playing from the top of the hill is going to start getting a bit harder. There were also 2 non-calls on pass interference on Claypool that kept this game tight.

Those are throws that he’s had better success with recently but they were off yesterday for sure. I also noticed our receivers had a lot of “footing issues” on their cuts. First time we’ve played on turf since week one I think. Not an excuse by any means but something I noticed. If teams do try to take away the short stuff that will likely mean M2M coverage which could help the run game a bit.