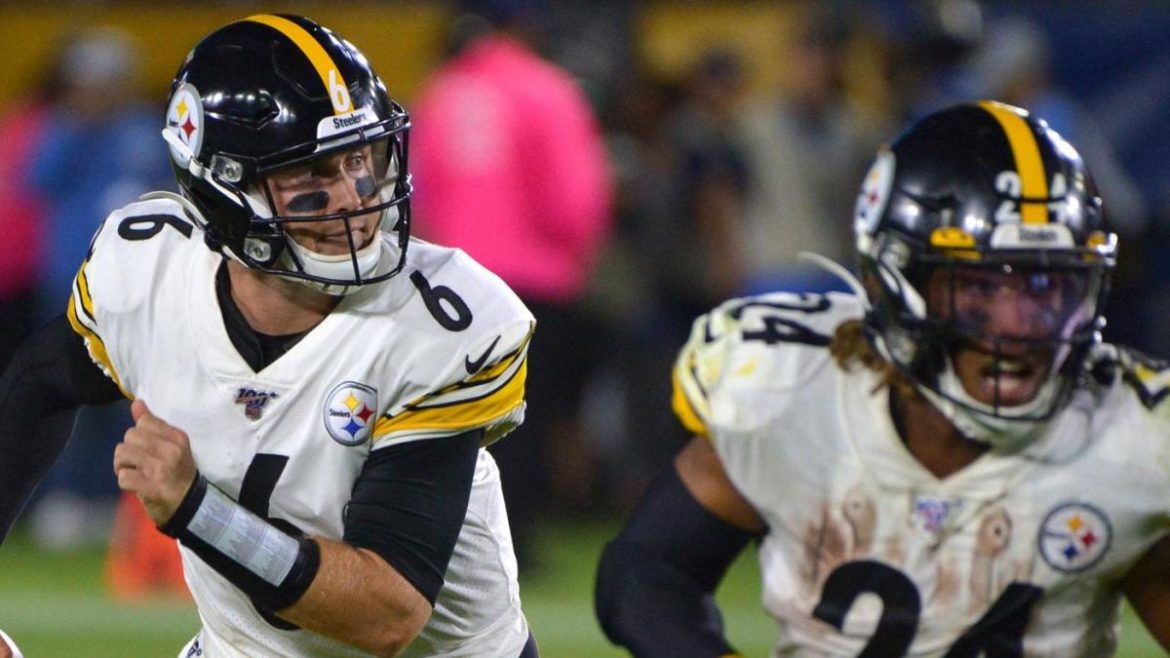 Last week in Arizona the Pittsburgh Steelers faced the worst defense in the National Football League. They managed 16 points and just 275 total yards of offense. As the Steelers continue to hold the sixth and final spot in the postseason race, the offense will face three of the top-ranked defenses in the NFL.

If, and this is a big “if,” the Steelers can get both JuJu Smith-Schuster and James Conner back in the lineup then that should help create even the slightest bit more offense. Because the Steelers have won games without them, it has provided guys like Diontae Johnson, Benny Snell and Kerrith Whyte opportunities to get experience. While that is indeed good news, it doesn’t guarantee anything.

Duck is quite simply “going to have to make plays.” I’m not saying he hasn’t been by any stretch but the need for those plays will be greater and with less margin of error. Don’t think for a minute this is all on Hodges though. Randy Fichtner has to be better in the red zone. Execution is certainly part of that scenario but his play-calling has left much to be desired and using the excuse that Ben Roethlisberger isn’t there is no longer valid in week 15.

I would also suggest getting the tight ends involved more but I think that ship has sailed. Vance McDonald has just 33 receptions this year with Nick Vannett having only seven. McDonald is currently in concussion protocol so his status is in doubt regardless. I really thought last week would be a big one for McDonald as the Cards had been the worst team in the NFL against opposing tight ends. That never came to pass either way. Fichnter seems content on using his receivers and running backs to take a lot of the targets away from the tight ends and perhaps that’s good strategy heading into a week where you might not have McDonald.

Besides the Steelers, the Bills have to finish with the Jets and Patriots and I can already tell you those are going to be ‘must-win’ games for them. The Jets will be the most intriguing of the trio because we don’t quite know what their mental state will be. They have injuries on both sides of the ball and may not be motivated.

The Ravens are in the unique position of this; they may already have the number one seed tied up by week 17 but John Harbaugh also knows he’s playing his number one rival and won’t want his starters to sit because that would be two weeks off for them considering the playoff bye. I don’t see Harbaugh giving his guys that much time.

Pittsburgh has ridden its’ defense all season long and that’s not going to change over the final three games but the offense has to give them some help against three really good opposing defenses. If they don’t, this great run could come to a quicker than expected end.

SCB Steelers Quick Hitters: The “Fake That Shouldn’t Have Been” Edition