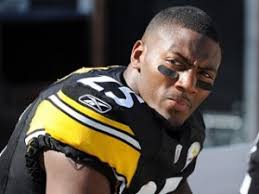 Earlier this season, Pittsburgh Steelers’ safety Ryan Clark suggested that perhaps many of his teammates had become too complacent and had an expectation of winning by just walking on the field. I saw some truth in his concerns then but now his statements could not be more accurate and they start with Mike Tomlin.

Apparently the loss in Oakland wasn’t enough to awaken this team. Perhaps it was the loss in Tennessee that would motivate them or maybe even the turnover-filled loss in Cleveland would be the catalyst to get this team playing with an edginess again. That would be a resounding ‘no.’

How many lessons does this team need before it starts learning them? Were those early losses not enough to make them pay attention? Did Arizona winning at New England early in the season not signal a need to be ready EVERY week? Did a horrible Jaguars’ team taking Houston to overtime not offer some notice? How on Earth do you show up at home, against a talented, yet severely flawed team and play like it’s a company picnic flag football game?

For several weeks now the offense has come out with the energy of a slug on sleeping pills. There is no push from this offensive line and the backs are hitting the holes with the force of a feather. Isaac Redman’s two running attempts on third and fourth down respectively were horrible. I can’t recall seeing him less aggressive. Sure, we can debate how terrible the play calls were because they were bad, but that doesn’t excuse the total lack of fire, emotion and aggressiveness.

A perfect example of the complacency I speak of was provided by the opponent yesterday. The Chargers faced a third and four around mid-field and had been moving the ball well and converting third downs with relative ease by throwing the ball. Norv Turner elected to go with a run which the Steelers crushed forcing a punt. While Rivers stormed off the field looking like a pouting child, he at least showed some fire and raw emotion. This was coming from a guy and a team that entered at 4-8 with no hope for the playoffs!

Where is this fire and emotion from the Steelers? I’ll tell you where it isn’t… It isn’t in a receiving corps that thinks much too highly of itself and shows up when the outcome is no longer in question. It isn’t in an offensive line that gets zero push and looks disorganized half the time. It isn’t in a head coach who looked for much of yesterday as if if he were witnessing the execution of a close friend. It certainly isn’t in a defense that struggled to create pressure.

Maybe if there is a silver lining in that horrendous performance it’s that the offense looked like it should in the late third and fourth quarters. While the Chargers had clearly called off the dogs, the offense seemed to get some rhythm and continuity tardy though it was. Perhaps Todd Haley saw this and said, “Gee maybe we ought to do this more often?” I doubt it though.

The Steelers’ Fine Line Between Pressure and Coverage

I beginning to wonder how in the world can the Steelers allow such a horrible team beat the crap out of them, where is that hunger for winning, where? I’m so sick and tired of Mike Wallace and his complaining about not getting the ball, if you give him a chance he is dropping balls like crazy because he is afraid of getting HIT. I can’t stand him, I hope everytime he and anybody who doesn’t do their job should be benched or give the next person in line a chance to show their stuff.

What in the Ham sandwich is going on with the Steeler’s, they looked like a bunch of wussies. :(:(:(:(

HI Mary, thanks for reading. That performance was completely out of the blue for all of us. I think Wallace is as good as gone and I can’t help but wonder if he is half-assing it to protect his body and avoid injury. This way he’d get that ‘big contract.’

Maybe if we had some semblence of a running game we could take some pressure off of the QB! Then again the offensive line is pathetic, as well as the offensive coordinator. Oh well we shall see real soon howmuch resolve this team has, starts with the coaching staff and the veteran players. We will see…

Thanks for reading Doom. My heart tells me this team will win the final three but my head is telling me it just isn’t happening.

I live in California , And have been a Steeler Fan since High school 1977 . I LOVEEEE MY STEELERS . But this is Just embarassing . LOSS to my hated Raiders , Denver , And Now San Diego . We had chances to Catch Baltimore . They can LOSE the Next 3 games and WE are Not taking advantage of There Schedule !! Our offense Sucks and Defense is Horrible . We had Much sucess with Running our Ass’s Thru Them and we don’t do it !! OLD TIME Punch Mouth . Dywer IS GREAT USE HIM . Mendy (sucks). GROUND AND POUND and have a Few Passes . They NEED to get there Mighty $$ Heads into the Game !

Thanks for reading Rick. Believe me, I understand the frustration. Losing to a lesser team happens once in a while, but to have this as a pattern really sends a negative message to me that there is something very wrong. While I don’t beleive in returning to the old days of running the football, we have to run the ball more effectively period.

Nice article steeldad, in hindsight we should have played Charlie.
Sucks when we are out-coached by one of the worst coaches in the league.
If we can’t find a running game, gonna be very hard to make playoffs.
Why are we blitzing on 3rd downs with injuries in the secondary and showing NO ability to get to Rivers.Should have played more straight up defenses.

Thanks for reading Mike. Playing Charlie could have been a double-edged sword simply because Ben would have had to go on the road in Dallas to shake the rust off. He threw plenty enough in the second half so rust cannot be an excuse this week. Defensively, I’m an ‘all or nothing’ thinker. Either we bring the house and take the risk or do as you suggest with the young corners and play zone. This LeBeau ‘a little of both’ stuff doesn’t work for me.