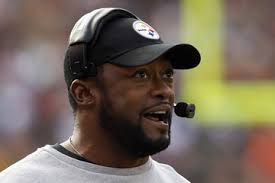 Down-right ticked off is about the only way I could describe the Steelers’ Nation over the last  48 hours as the wounds from a serious butt-kicking remained open. We have high expectations for our team and that often qualifies us as ‘spoiled’ when things don’t go well. Fine, call me spoiled but it is what it is. We demand better.

This team stands at 7-6 and currently holds the sixth and final spot in the AFC for the playoffs and would need to go 3-0 and get serious implosions from both Indianapolis and Baltimore to move up the ladder at all. Those are possibilities mind you, but the Steelers have to take care of their own house before they worry about others. This team is not far from turning this thing around and the only thing stopping them is themselves and their current philosophy.

Here’s where they can change things right now…

I don’t have all the answers but I know what I believe this team needs to do. Now it’s a matter of doing it. No need for the drawing board because everything the Steelers need is right there in front of them. Time to step up and get it done!

Man! This is almost 100 percent spot on! Can’t really add anything to it except the coaching staff is way over analyzing and over thinking this thing. Get the play makers involved on both sides of the ball, and we absolutely need Mendenhall on the field we already know about the fumbles this is nothing new, he is the best receiver out of the backfield period! He and Rainey fit this offense far better than red and Dwyer.

Thanks Doom. Of course now I have to go back and edit because of Mendenhall’s stupidity.

If the player can’t do their job, give someone else a chance.