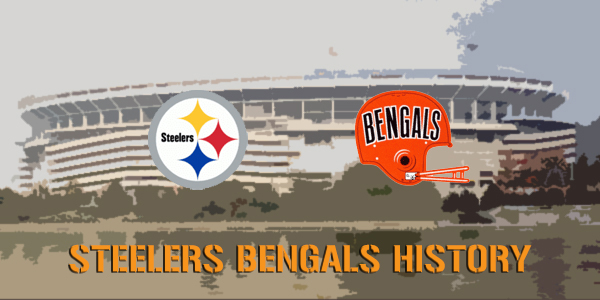 Division rivals since the 1970 AFL merger, the Pittsburgh Steelers own the Cincinnati Bengals. Since Ben Roethlisberger took over at the helm in 2004, Pittsburgh have dominated Cincinnati including two playoff victories.

Lat year, the teams split the series, each winning their home game. The week 10 game in Pittsburgh saw Ben throw four touchdowns in the team’s 36-10 victory. The week 15 contest in Cincinnati saw the Bengals triumph 27-17 led by Ryan Finley, who was making his first start in place of Joe Burrow.

NFL fans take Monday Night football for granted, but in 1970 it was a new novelty brought about by the league needing to put more money in the teams’ coffers. The NFL had toyed with the idea of adding to their usual schedule of Sunday games as early as the 1960s. But, it wasn’t until 1970 when the two leagues combined and a new television contract negotiated, that Commissioner Pete Rozelle saw his aspiration come true.

Howard Hughes was keen to obtain the rights for his Hughes Networks and Rozelle used that interest to coax ABC into signing a deal to begin broadcasting football on Monday night in 1970.

The initial hesitancy by ABC for the initiative was replaced by enthusiasm when all the one-minute $65,000 commercial spots for the first game were sold. The opening game saw the 1969 Super Bowl winning New York Jets at the Cleveland Browns, who were playing their first game in the NFL.

The Steelers’ turn to appear on a Monday night came in week 7, November 2 for the visit of the Bengals. ABC obviously chose an inter-division game that would add color to the contest while throwing the spotlight on the Steelers exciting new quarterback Terry Bradshaw.

As the overall first pick in the draft, Bradshaw was viewed by many as one of the best college quarterbacks for a decade and he would be a powerful draw adding to the viewing figures.

Although the Bengals were the only team to defeat the Raiders in the AFL the previous season, both teams were finding life a lot tougher in the NFL.

With Bradshaw as their starter, the Steelers had lost their opening three games of the season before achieving their first win, a 23-10 triumph against Buffalo. That victory broke a streak of 16 losses experienced under new head coach Chuck Noll. It was also the first Steelers win in Three Rivers Stadium.

UPI suggested a win for the Steelers would place them in the unusual position of contenders.

Under the Monday night lights and with the focus on him, Bradshaw experienced freshman jitters and wilted. His passing was awful and his timing worse as he watched the Bengals take a 7-0 lead in the second quarter.

Perhaps lacking confidence in his quarterback, Coach Noll turned to a trick play to tie the game. Running back Dick Hoak threw a wobbly pass on an option play intended for free agent Hubie Bryant. Dennis Hughes plucked the underthrown ball out of the air to complete a 27-yard touchdown pass to make it 7-7.

The stalemate was broken in the third quarter when a Frenchy Fuqua fumble set up a 43-yard Bengals field goal edging them ahead. A resounding cheer echoed around Three Rivers Stadium when Terry Hanratty was finally put into the game as the Steelers struggled to move the chains.

The cheers turned silent when Hanratty threw an interception on his first pass attempt, but the momentum was about to change. Trailing by three points as they entered the final period, the Steelers defense halted the Bengals advance.

Hanratty fired a short pass to Hughes who raced down the sideline for a 75-yard touchdown to give the Steelers their first lead of the game.

After the Steelers defense forced their opponents to go three and out on their next possession, Hanratty completed three passes to move Pittsburgh to the 2-yard line. Warren Bankston carried the ball the final 2 yards for the touchdown and Gino Mingo kicked the point after attempt for to seal the Steelers’ 21-10 victory.

Although Chuck Noll wouldn’t be pushed into confirming who his starting quarterback for the next game, Bradshaw did admit that Hanratty had moved ahead of him.

Bradshaw accepted the situation suggesting to the reporters in the locker room after the game, “It’s obvious. He deserves it.”

The Cincinnati Enquirer implied that Pittsburgh was a notoriously poor sports town and couldn’t even fill its stadium for the National League Baseball playoffs. They continued their hypothesis noting the fans also failed by a large margin to fill the stadium for the Cincinnati’s game which was the first time that season the Bengals didn’t play in front of a capacity crowd. I guess it was the only way the Enquirer could take the focus away from their team’s losing performance.

The Steelers third win in four games moved them to 3-4 and one place behind the 4-3 Browns. They won their next game with Hanratty at the helm, but Bradshaw returned, and the team slumped to 5-9 although he did claim another win against the Browns.

Bradshaw recovered from those initial challenges and Coach Noll deserves credit for eventually making him the starter in week 7, 1974 when he put the team on the road leading to Super Bowl IX. 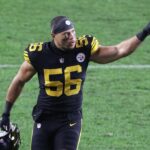