Steelers History: Aiming for a Hat Trick of Postseason Wins 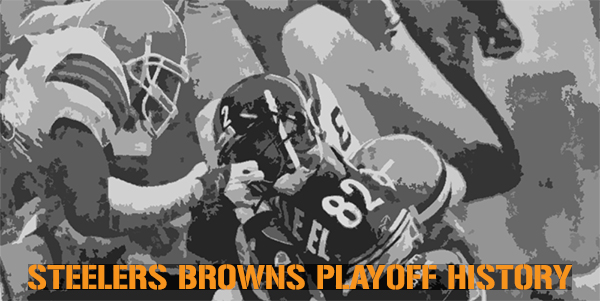 The Pittsburgh Steelers and Cleveland Browns have met twice previously in the NFL playoffs. After a 12-4 season in 1994, during which Pittsburgh beat (11-5) Cleveland twice in the regular season, the Steelers continued their domination into the postseason with a 29-9 victory.

Cleveland’s Earnest Byner set the tone for the playoff contest when he stomped on the Terrible Towel during the pre-game introductions.

Neil O’Donnell outshone Vinny Testaverde with two touchdowns and no interceptions, while Cleveland’s quarterback threw one touchdown and two interceptions. Barry Foster ran for 133 yards supported by Bam Morris with 60 and John Williams with 43.

The Steelers enjoyed the triumph after a week of Cleveland trash talking. “I want Pittsburgh bad,” Browns defensive end Rob Burnett had suggested. “We owe them, plain and simple. “

Greg Lloyd responded after Pittsburgh triumphed, “They’ve been talking smack all week long.  (Browns) Leroy Hoard goes on TV and says we haven’t seen their best. I guess we’ll see it next year.”

The win gave Coach Bill Cowher his first playoff victory and since the 1970 merger, it was the fifth time an NFL team beat an opponent three times in a season. The Steelers gave up ten first downs which was their lowest playoff total since Super Bowl IX when they gave up nine.

Eight years later, the two teams met again in the wildcard game. The Steelers finished 10-5-1 in the 2002 regular season while the Browns enjoyed their best spell since their rebirth with a 9-7 record.

The Steelers beat them twice during the regular season with a 16-13 overtime success in Pittsburgh and another narrow 23-20 triumph in Cleveland.

During the season, the Browns had been involved in twelve games that were decided in the final minute, winning six of them.

Brown’s quarterback Kelly Holcomb, who replaced the injured Tim Couch in the season finale, was confident those close fought contests would give Cleveland an edge in the wildcard game. “We’ve been in a lot of tight games and it’s been about a month that we’ve had playoff type games.”

Dwayne Washington took a realistic approach, saying he was not looking beyond the wildcard matchup. “We can’t,” he said. “We only beat Cleveland by six points total in two games. They’re a good team and I feel they have the same mental makeup we have. It’s going to be a dogfight.”

And, so it proved. 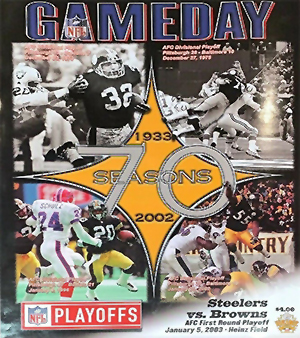 Holcomb confirmed his pregame confidence early when he completed a pass of 83 yards to Kevin Johnson setting up a 1-yard touchdown run from William Green.

The teams exchanged possessions until the second play of the second quarter when Antwaan Randle El muffed a punt return that Cleveland recovered. One play later, Holcomb extended the Browns lead with a 32-yard touchdown pass to Dennis Northcutt.

Following a Tommy Maddox interception, the Steelers defense held their opponents and forced them to punt. Randle El received the punt and danced 66 yards down the sideline for a touchdown.

With the Browns continuing to dictate on offense, they moved the chains to the Steelers one for a first down. The Steelers defense held and the Browns were forced to kick a 31-yard field goal.

With just 53 seconds remaining in the half, Maddox led the Steelers within field goal range. Jeff Reed missed the attempt from 46 yards wide left with the score at halftime 17-7 in the Browns favor.

Pittsburgh continued to struggle at the beginning of the third quarter. After they went three and out, Cleveland returned the punt 59 yards to set up a 15-yard touchdown catch for Northcutt.

Another three and out from the Steelers saw the Browns marching downfield again. Following a roughing the passer penalty on Mike Logan, the irate safety made amends by intercepting Holcomb two plays later. 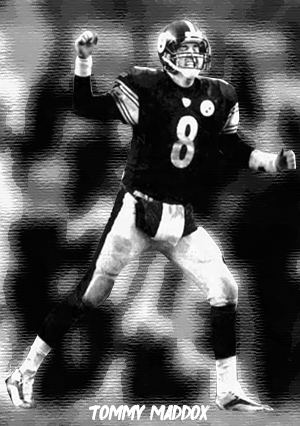 The turnover provided Pittsburgh with an opportunity for a comeback. Starting on their own 29, Maddox led his team to Cleveland’s 6 before throwing a touchdown pass to Plaxico Burress.

The Steelers were saddled with a ten-point deficit going into the final period and it increased early after the Browns kicked a 24-yard field goal.

On the Steelers ensuing drive, Maddox continued the Steelers fight back using Randle El for 56 yards on three passes. Maddox finished with a 3-yard touchdown pass to Jerame Tuman.

Fighting to give the Browns a win in their first playoff appearance in nearly two decades, Holcomb galvanized his team on a drive of 70 yards. It ended with a 22-yard touchdown pass to Andre’ Davis to give his team a 33-21 advantage. With ten minutes of the game remaining, Coach Davis decided to secure a two-touchdown lead and went for a two-point after, but the pass sailed over the head of the intended receiver.

After the teams exchanged their next possession, there was just over five minutes remaining for the Steelers to retrieve the bleak situation. Maddox took control and, helped by the Browns self-destructing by surrendering penalties,  he passed his way 77 yards and finished the drive with a Hines Ward 5-yard touchdown.

The Steelers held the Browns to a three and out on their next series to provide a lifeline to earn the win. Maddox was majestic in leading his team 57 yards with five plays before Chris Fuamatu-Ma’afala punched it over from 3 yards. Randle El completed the Steelers revival with a completion to Jerame Tuman for the 2-point after that gave the Steelers a 36-33 lead.

Pittsburgh held firm against Cleveland’s final drive and with their victory advanced to the divisional playoff game at Tennessee when they were edged out 34-31 by the Titans. 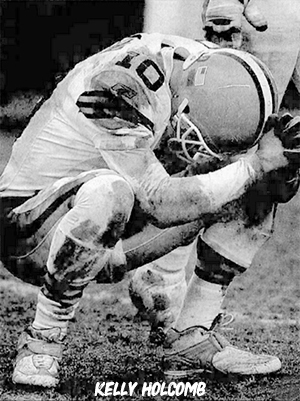 Tommy Maddox had endeared himself to Steelers Nation by turning around a twelve-point deficit into a three-point victory in just four minutes and 32 seconds. The game is also remembered by our friend Colin Dunlop for being the first time Renegade was played to rouse the defense.

Cleveland hearts were broken by the Steelers fight back. “To be honest with you, I thought we were already in Oakland,” Browns wide receiver admitted after the game. “But it’s not over until it’s over, we should know that better than anybody.”

“I can’t say how many times I must have said, ‘We’ve got time. We have time, so don’t panic,’” offered Steelers offensive coordinator Mike Mularkey. “I never felt there was a panic button pushed by anyone.”

Coach Cowher was realistic in his thoughts, “It’s one of those wins you can’t see happening, but you just keep hoping it will keep going the way it’s going.”