Steelers Have a Lot to Think About as Roster Cut Looms 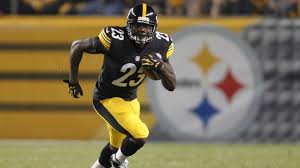 The Pittsburgh Steelers ended their preseason with a 25-10 loss in Carolina to the Panthers last night. With the loss, they finish with their first winless preseason since 2006. A year they did not the make playoffs.

Take the 0-4 for what it’s worth Steeler Fans. Last night saw a plethora of regulars not even take the field as the young guys and last-chance vets took their final shots at making the roster.

Curtis Brown, CB – was burned for two touchdowns by Ted Ginn, Jr. One looked as though he may have been expecting help from safety Damon Cromartie-Smith who was late to the party. Both guys could be in trouble although I believe Brown will hang on.

Landry Jones, QB – Jones is assured of being the third QB this year already but had a Jekyll and Hyde night to be sure. In the first half, he looked good going 10/20 and a TD to David Paulson. In the second half, he threw three very bad picks. Many of you know I was disgusted with the selection of Jones in the fourth round because the team had so many other needs but I’m not piling on. Jones is what I thought he was to this point.

Derek Moye, WR – while Moye did some nice things receiving, it was his effort in chasing down a Panthers’ player who had intercepted the ball 70 yards earlier that may have sealed the deal for him. If the Steelers chose to go with fine wise receivers, Moye will be the guy.

Felix Jones, RB – the former first round pick is not going to win any rushing titles but he looked pretty good last night rushing for 56 yards on 14 carries. Steelers’ beat writer Dale Lolley suggested that with his emergence, Jonathan Dwyer could be expendable especially to a team needing help at the position.

Don’t forget that Jones can also return kicks which is huge considering the next guy.

Reggie Dunn, KR/PR – Dunn did what we all would have late in the game last night. He knew he needed to make a play and fielded a punt inside the five yard line. He tried to use his speed and went wide but was tackled in the end zone for a safety. It was a bone-headed play but it was also understandable. Dunn is a curious case. He seemed to be so close to breaking longer returns at times but they never materialized. I can’t see him making it as a return specialist.

OLBs Alan Baxter and Chris Carter – Both guys had their moments last night including a sack for Carter but Baxter had some good moments as well. Right now I think the scale tips on favor of Carter but just barely. Either way I won’t be surprised. The question the Steelers will face about Baxter is this; is he at Carter’s level and is his potential greater?

Punters Drew Butler and Brian Moorman – As if this contest couldn’t have gotten any closer, the two both punted four times last night and had almost identical stats. Butler had an average of 40 yards per punt and Moorman had an average of 39.5. Each had two punts inside the 20 as well. I’ve waffled on this one all preseason but now I think Butler might have the edge again.

There are other areas Mike Tomlin and Company will have to settle as well and I don’t envy their position but it comes with the territory.

Dwyer Being Cut Was More Than the Fumbles

The Steelers Are Suddenly More Lightning Than...

dunn will be 1st player picked up by another team if cut. ditto moye.

Thankfully they kept Moye. I do think Dunn has a chance to be great. I just hope it isn’t against us.