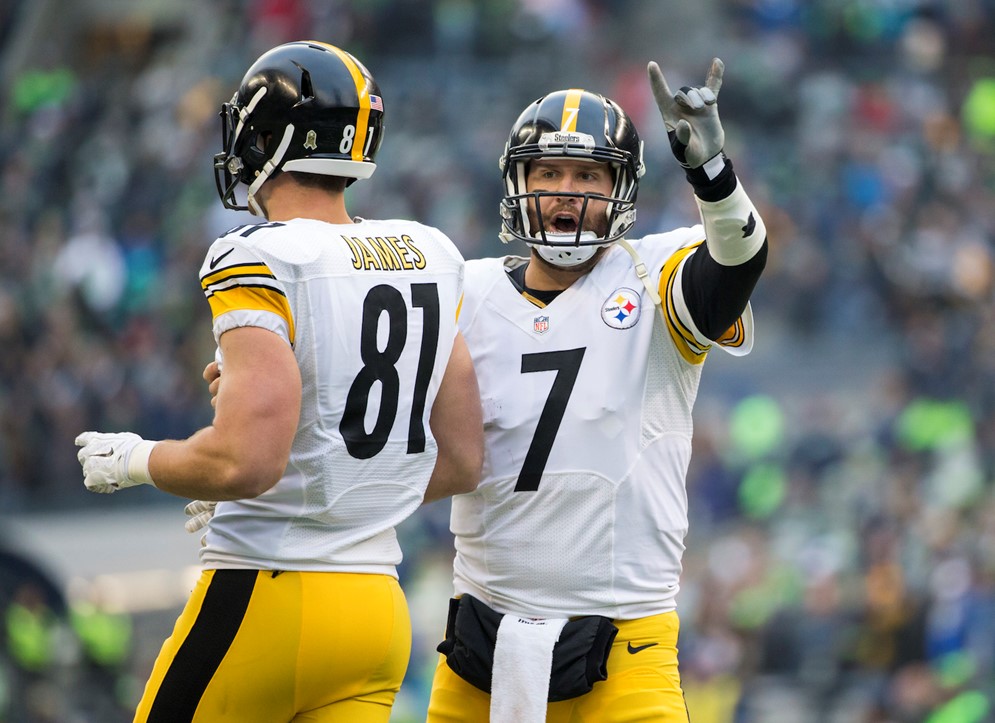 Ben Roethlisberger made a few headlines on Tuesday when he said that if it were up to him the Steelers would go for 2 points after every Touchdown this season.

Ben said that Mike Tomlin has had conversations with his Quarterback, asking his opinion on going for two points… which is funny to me. I’m pretty sure if it was up to Ben the team wouldn’t even need a kicker or a punter on the roster (except I guess for kickoffs).

Ben is a competitor, and Ben’s confidence and sometimes recklessness is what makes him great; but that’s not a decision that should really be left to him. That’s part of Mike Tomlin’s job description.

That being said, I think that Mike Tomlin is doing something that old-school thinkers will scoff at, while paving to way for what may become the norm in the NFL down the road.

Plenty of people hate analytics in sports, but I think this is an area where it makes a ton of sense to crunch the numbers.

I think that Chris Boswell is likely to be the Steelers’ kicker going forward. He’s cheaper than Suisham, he has a stronger leg, and Suisham still isn’t even kicking. Boswell hit 26 of 27 extra points last season; good for 96%.

If we just go ahead and assume Boswell hits all of his extra points from here on out (which isn’t a given anymore), that would mean Big Ben and company would need to convert on 2 point tries better than 50% of the time for it to be a good move, statistically speaking.

So how have the Steelers done? Here’s a quick look at their conversions under Mike Tomlin…

The team is well above that 50% threshold under Tomlin, and most of those offenses aren’t as talented as the one that the Steelers currently have on the field. Sure, they won’t have Martavis Bryant or Heath Miller any longer but I think that while Ladarius Green and Jesse James aren’t as skilled as those two guys, they do pose just as many problems for a defense in a goal line situation.

I realize that when I say “they just have to be better than 50%” that’s maybe over-simplifying a bit, as on a game to game basis it’s not that simple.

I realize that if they were to go for it every time, they will absolutely, without question, lose a game they would have otherwise won if they’d kicked a field goal instead of  going for 2 and failing… and maybe that game is a big one against a division rival or even a playoff game. If and when that happens, yinzers will come out in full force and criticize Mike Tomlin mercilessly.

That being said, it will also mean they steal them some games they would have otherwise lost.

I think that with all the firepower on the Steelers offense, and with the defense still being a bit of a question mark that we’d see much more of the latter than the former.

It’s unconventional, but so is running the ball out of the wildcat formation, down 3, with 5 seconds left in the game, but in that instance Mike Tomlin was confident putting the ballgame in the hands of one of his best players and rolling the dice.

The Steelers Should Go for 2 After (almost) Every Touchdown was last modified: June 15th, 2016 by steelbydesign
Ben RoethlisbergerMike Tomlin 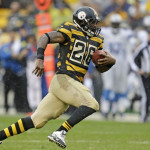 I think for perspective’s sake, and given the continually changing NFL roster of today, the more relevant stats would be for 2015 alone. The 2015 roster will most closely approximate what we will see in 2016.
In that case, the Steelers are 8 of 11, or 73%, which would lend credence to the argument that they should always go for it.
But, when the other team knows you are going for it, they can counter by putting in a package that amounts to defending a 4th down and short.
On 4th down and 2 or less to go last year, the Steelers were successful 22.2% of the time (2 of 9) including one TD, one 1st down, three carries for zero yards each, four incompletions and a pick by Landry Jones on one of the worst executed fake FGs Steelers fans have ever seen. In point of fact, every pass attempted in this situation was an incomplete.
When you combine 2 point attempts with 4th downs of 2 yards or less to go, the Steelers were 10 of 20, or 50%. Close to the NFL norm for that situation.