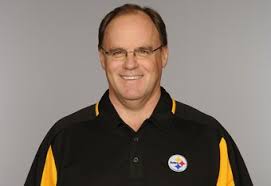 Whether you like him or not, Pittsburgh Steelers’ General Manager Kevin Colbert is clearly on your side Steeler Nation. He is just as frustrated as you are over an 8-8 season where the team under-achieved and went 3-5 in close games they normally win.

I’m not a big proponent of Colbert because I really don’t see him as good evaluator of talent especially when it comes to the draft, but I have to admit, I was pleased to hear his displeasure. According to the Trib’s Dejan Kovacevic who was one of the journalists present, Colbert uttered the phrase “8-8” about 50 times. That tells me this is a guy who recognizes this team is at a serious crossroads.

Here’s what we know for sure from Colbert’s comments;

Rashard Mendenhall has already played his last game in the black ‘n gold. He was very clear about the that and Mendenhall’s skipping the San Diego game was the clincher. The front office as a whole was very upset by the act so bye-bye Mendy.

In regards to the lackluster running game overall, Colbert was pretty specific when he said, “It was indicative of the talent at the position.” While I don’t disagree, is that not a reflection on Colbert himself for not getting more talent in the backfield?

Colbert made reference to “61 players not being good enough.” That means changes are coming and that no one, I repeat “no one,” is off the table.

He used the term “terminations” when discussing the possibility of creating money for free agents. I know what you’re thinking, free agents? I wrote just yesterday that this organization rarely goes into free agency for anything more than added depth, but Colbert was pretty clear that anything is possible moving forward.

If there is any good news to come out Colbert’s comments I would say he himself was pretty disgusted with the way this team performed this season. I’ve already had a couple of people ask me if I thought Colbert’s tougher than usual stance was a result of Dan Rooney coming back to his position as Chairman.  Honestly, I don’t know and if I had to wager a guess I say probably not because Colbert knows his position as GM is directly tied to this team’s performance on the field.

With that said, it certainly doesn’t hurt to have Mr. Rooney just down the hall…

Can the Steelers Learn From Today’s Final Four?