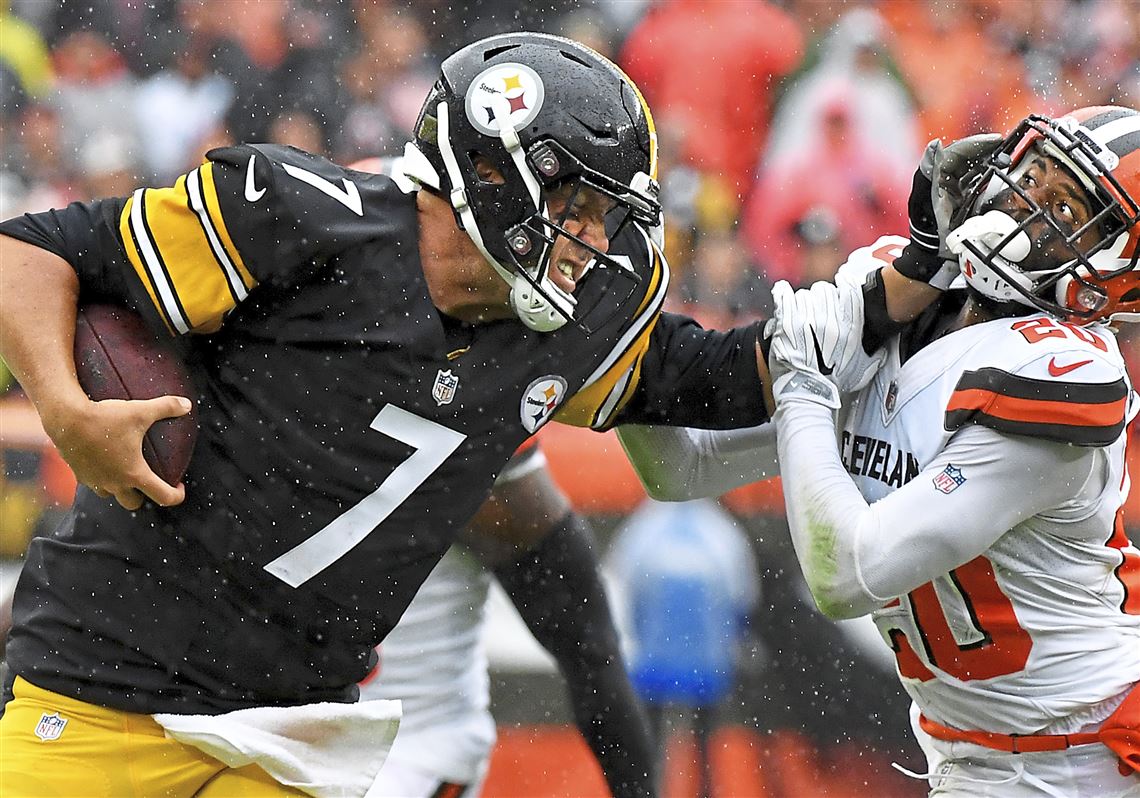 A bunch of things that I think I think after watching the Steelers-Browns week one game a few times and doing an All-22 review.

Terrell Edmunds – started at strong safety and played 74 snaps. Nothing on the stat sheet, but played well enough to keep David Njuko in check.
James Washington – played 11 snaps on offense and 5 on special teams. No stats, no targets.
Mason Rudolph – DNP
Chuks Okorafor – played 17 snaps on offense and looked pretty “ok.” No gaffes to speak of from the rookie
Marcus Allen – DNP
Jaylen Samuels – Dressed but saw zero snaps
Matthew Thomas – Saw 7 snaps on special teams and didn’t really stand out. Not that it’s any reason for concern.

I like to take a look at the drive chart each game after the fact because it tells the story of how the game played out. It doesn’t give you the why, but it does tell you what happened.

Browns: (from Browns 14) 10 PLAYS, 86 YARDS, 4:55 Touchdown   PIT 7 CLE 7 – This was really the only drive where the Steelers defense was outclassed all day long. They had one breakdown for a long pass later in the game, but otherwise a very good day.

Steelers: (from Steelers 18) 1 PLAY, -1 YARD, 0:08 Fumble – People point to the 4th quarter punt that was apparently touched by a Browns player not being awarded to the Steelers as the turning point in the game. I think it was here with Conner’s fumble. Good game overall, but gotta hang onto the ball, especially against a desperate opponent.

Steelers: (from Steelers 28) 2 PLAYS, 9 YARDS, 0:51 Fumble – Ben, as a 15-year vet, has to know better than to take chances like that after a low snap. He should have just fallen on the ball. They were trying to set up a screen to the left and Garrett came unblocked. David DeCastro came across the formation but was too late and Conner was the intended target. He wasn’t going around Ben to block anyone.

Browns: (from Browns 45) 2 PLAYS, 55 YARDS, 0:12 Touchdown   PIT 21 CLE 21 – On first down, Cam Sutton slowed down a bit while trying to locate the ball and Rashard Higgins kept running at top speed. 38 yards later, the Browns were in the red zone.

Browns: (from Browns 25) 3 PLAYS, 9 YARDS, 1:17 – Since the NFL instituted its new overtime rules, the winner of the coin toss has won the game approximately 55% of the time. The defense came out and took the wind out of the Browns and their fans with a very abrupt 3 and out.

Steelers: (from the Steelers 45) 8 PLAYS, 31 YARDS, 2:47 Missed field goal – Boswell’s PAT attempts had been sailing left all game long. I have to believe that weather played a factor there. This one from 42 sailed wide left outside the goal posts.

Steelers: (from Steelers 26) 3 PLAYS, 12 YARDS, 0:41 Fumble – Marcus Gilbert was beaten cleanly by Genard Avery, Ben stepped up but Avery hit him while he still had the ball. (This turnover was ruled an interception during the game, but ruled a fumble {correctly} by Elias Sports later.)

SCB Steelers Quick Hitters: The “One Tough Son of a Gun” Edition