It wasn’t so long ago that Ben Roethlisberger’s offensive linemen rolled into Latrobe driving mini-coopers. The Steelers’ Brett Keisel arrived in a John Deere or a front-end loader. While those are impressive and certainly worthy of some second takes, Steelers’ All-Pro wide receiver Antonio Brown stepped it up a notch. He arrived in a custom Rolls Royce which you can view below.

Besides arriving for camp today, the Steelers also announced a contract extension for General Manager Kevin Colbert. This comes just on the heels of the team doing the same with Head Coach Mike Tomlin. I’ll have some thoughts on this later in the week.

Tomlin disclosed that tackle Mike Adams had back surgery on July 20th and would be out about four weeks. That’s not a good sign in my opinion for a guy fighting to earn a second contract. On the other hand, it’s a great chance for lesser known guys to get some work.

Other names on the Steelers’ PUP list were Bruce Gradkowski (Shoulder), Shawn Lemon (Achilles Strain), Maurkice Pouncey and Senquez Golson (Shoulder). Not good news for Lemon or Golson. Lemon is up against all kinds of guys for a roster spot at OLB while the rookie Golson has to be on the field as much as possible.

I’ll be curious to see how quickly the top veterans get involved at camp. With the season starting so early for the Steelers, I have to think we’ll see many guys eased in slowly. 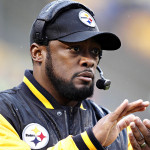 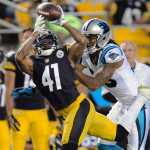