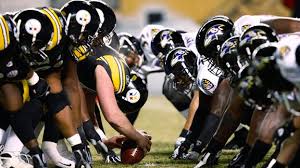 For three hours on Sunday afternoon, we were able to forget about the playoff race, Ben’s impending retirement and however many injuries we had. It was Steelers-Ravens. Regardless of who was or was not on the field, those purple assholes on the other side still needed the shit kicked out of them. In the middle of the week, things looked dire as TJ Watt was in COVID protocols and Cam Heyward missed a practice with an illness. But Sunday afternoon rolled around and both guys suited up to face Lamar Jackson and the Ravens “offense.” Or at least, whatever semblance is left of the Ravens players that take the field when their team has the ball. TJ Watt had one of the most dominant games from a defender that you will ever see, racking up 3.5 sacks, 3 tackles for loss, 6 QB hits and somewhere around a million pressures. Chris Wormley had 2.5 sacks and 3 QB hits all season before today equaled both of those totals against the team that traded him away.

The Steelers, who had been hemorrhaging rushing yards the past few weeks, held the Ravens mostly in check to a mere 107 yards as a team. Despite the (relatively) low total, the Steelers were getting killed in Time of Possession. At halftime the Ravens had a 23:30 to 6:30 edge in time of possession. After the third quarter the advantage was around 31 minutes to 13 minutes. Yet somehow, despite that, the Ravens held just a 10-3 lead. Both teams failed to score in the opening frame with the Steelers going three-and-out twice and Lamar Jackson lobbing an interception to Minkah Fitzpatrick in the end zone that ended their first drive. Baltimore’s touchdown came on their third drive – after a masterful punt by Pressley Harvin pinned them at the 1 – the Ratbirds converted three third downs in a drive spanning 99 yards to score.

The Steelers had an opportunity for a two-minute drive at the end of the half after picking up just one first down the entire 28 minutes prior. The offense worked into field goal range and had a shot to tie it up when a perfectly thrown ball by Ben bounced off Diontae Johnson’s hands right at the goal line. A Boswell 53-yarder would make the score 7-3 at halftime. Diontae would get his opportunities to bounce back later in the game. The Ravens took their first drive of the second half down the field and stretched the lead out to 10-3. The third quarter came to an end in what seemed like a lackluster edition of a Steelers-Ravens rivalry game. The general feeling was that the Steelers were barely holding back the tide from swarming over them again, but that the lackadaisical offense still lacked a spark.

That spark came on a 3rd and 1 at the start of the fourth quarter. Ben deftly went play-action with the Ravens crashing in and lobbed on to Chase Claypool who caught it in stride on a crossing route and was able to turn upfield for a 40-yard gain into Ravens territory. A referee got injured on the play so the Steelers got an extra timeout to plan their next move. After being hampered by the zebras earlier in the game, one fewer official on the field made all the difference. Ben went play-action again and found a wide open Diontae Johnson across the middle who scampered in for the score, but Boswell shockingly missed the extra point.

The Ratbirds went back to their tried and truest form of offense – Pass Interference Roulette. It worked this time with Lamar badly underthrowing a ball and Minkah being flagged for DPI, which set up another Tucker field goal to make it 13-9. The Steelers came back with a Boswell field goal to make it 13-12. Needing a stop, they punched the Renegade button and it worked this time, with the defense producing a 3-and-out thanks to a TJ Watt sack. From there, Ben looked like vintage Ben and engineered an 11-play 69-yard drive that took 4 and a half minutes off the clock and put us in the lead. Diontae Johnson, atoning for his earlier drop, caught a third down pass at the 3 and dove across the goal line at almost the exact same spot on the field where Antonio Brown had devastated the Ravens on Christmas a few years ago. With a 5-point lead, Pittsburgh went for 2 and Ben hit Freiermuth (who had a number of clutch catches) for the score to make it 20-13.

The Ratbirds got the ball back with under 2 minutes to go and one timeout and were on the ropes after another Watt sack but managed to convert a third and long. From there, Jackson found success on in-cutting routes and Baltimore got down into the red zone as time wound down. The Steelers were holding on for dear life and forced a third down inside the 10 yard line but Jackson hit Sammy Watkins (who didn’t drop the ball this time, we think) in the end zone for a touchdown. Rather than kicking an extra point to tie the game and go to overtime with the best kicker in the game, Harbaugh elected to go for two.

Who else but TJ Watt got pressure off the edge and Jackson’s pass to Mark Andrews went a hair wide and bounced off of Andrews’ fingertips, falling to the turf. Tre Norwood recovered the onside kick and that was all she wrote. The Steelers, somehow, after getting their ass beat by the Bengals, knock off the first place Ratbirds and kept their own playoff hopes alive.

But this game wasn’t about the Steelers playoff chances (for what it’s worth, they are in 8th place in the AFC, a half game out of the Wild Card behind the Chargers and Bengals). This game was about the Steelers and the Ravens. This game was about beating your rivals. And oh man does it feel good to beat Baltimore.  Lamar Jackson still can’t throw a ball down the field. The Steelers third down defense was not good today, giving up numerous third and long conversions, mostly on catch-and-run plays. But really, those are just numbers. At the end of the day, what matters is that Pittsburgh beat Baltimore. As they say – that’s it, that’s the tweet. Steelers 20, Ravens 19. 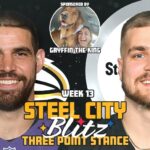