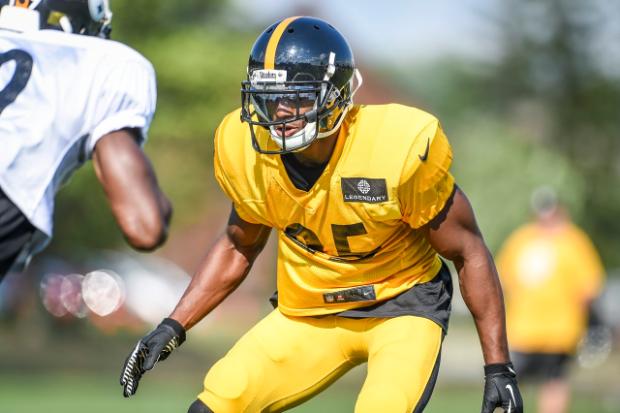 I’m violating my very own oath to stop talking about Pittsburgh Steelers’ cornerback Brandon Boykin so I’ll be sure to give myself a few lashes with my Steelers’ belt later. Why I’m breaking my silence is that now it appears Boykin will see some time at cornerback for the first time all season. What I want to do is set some things straight on just what has gone on since he arrived in August because the questions just never stop.

Let me do my best to tackle this for you….

Why did the Steelers trade for him?

At the time, Steelers’ second-round draft pick Senquez Golson was going to have surgery and be out for the season. With an already questionable secondary, the Steelers traded a fifth-round pick to the Eagles for Boykin’s services. He was a kid they liked coming out of Georgia in the draft but weren’t able to select. Bottom line? They desperately needed depth.

Why isn’t he playing then?

Had Ross Cockrell come on the market prior to the trade for Boykin, the trade would have likely never happened. Cockrell didn’t fit the Rex Ryan-style defense being deployed in Buffalo which relied on much more man to man coverages and principles. This is of course why Cockrell fit the Steelers and Boykin really didn’t. Boykin has made his living largely as a nickel corner or guy who covers the slot receiver. In the old Philly defense, that meant lots of man to man coverage. This doesn’t mean however that he never played on the outside which some will have you believe. Boykin himself said there were many occasions where the man he was covering would motion to the outside rendering him a boundary corner.

When you compare Cockrell and Boykin, it’s a no-brainer as far as who fits what Mike Tomlin and Keith Butler want to do defensively. They want corners who play better in zone coverage which the Steelers use a lot. Boykin just doesn’t possess the skills Tomlin/Butler were looking for and with William Gay spending most of his time as the slot corner in nickel defense, that left nowhere for Boykin to play.

If he didn’t fit the system then why trade for him?

The Steelers flat-out panicked. They had no idea Cockrell would become available and they knew Boykin was on the market because Chip Kelly was moving towards bigger corners in his defense. What the Steelers also discovered was that Boykin just wasn’t ideal against the run either. He’s smaller than both Cockrell and Antwon Blake and they clearly felt better with those two guys on the edges in nickel and dime defenses.

Boykin was a starter in Philly and was often rated as one of the top corners in the league. Shouldn’t he be on the field?

This is what we’re about to find out if Tomlin is true to his word from Tuesday’s press conference. There is no question that Boykin has not been happy about his lack of playing time. His wife replied to an earlier story I wrote this season disputing that injury (as was reported earlier) was the reason he wasn’t playing. She said, “He’s 1,000% healthy.”

As for a potential rift with Tomlin over his playing time, I stand by an earlier article I wrote this season.

What’s next for Boykin and the Steelers?

Obviously we won’t know much until after we see what happens on Sunday night. That said, I have to believe Boykin signs in the offseason with another team and I certainly don’t blame him. While he may not have fit the exact style the Steelers were looking for, he deserved a chance to show what he could do in a game long before now.

My guess is that we will see William Gay stay on one boundary, Cockrell or Blake at another and Boykin come in to cover the slot. While I can’t completely rule out Boykin as a boundary corner, the Steelers just don’t like him there so I’ll be surprised if that’s what occurs.

Hope this answers some questions for you.

Well, since someone else is going to point it out anyway, the Steelers tried to trade for Boykin around the draft and Tomlin was apparently on board with this acquisition.
I don’t think they panicked. I do think they went back and reevaluated what Boykin’s worth was and made a better effort to consummate that trade when Golson went down.

Panicked is perhaps not the right word. They knew they needed help there and despite the fact he really didn’t fit their system they still made the move.