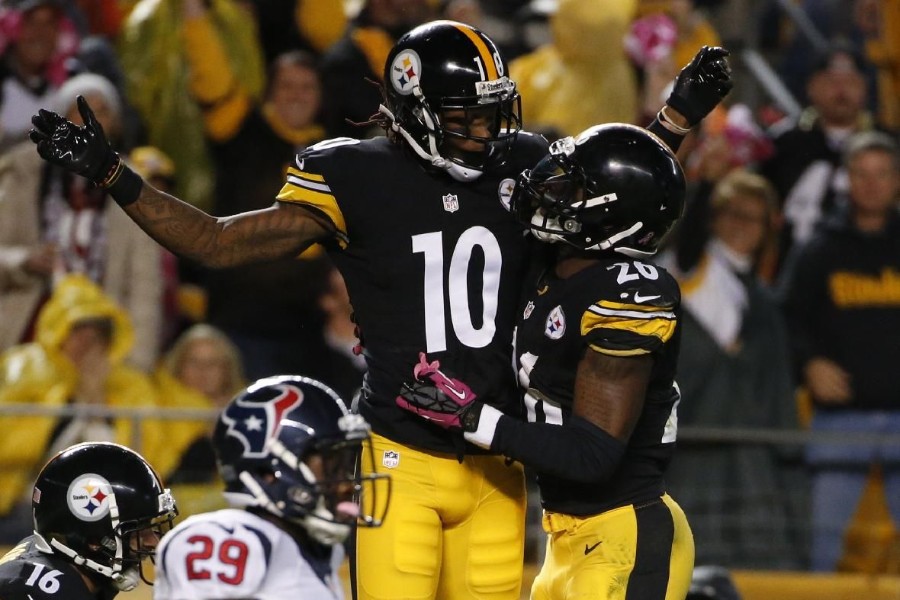 With injuries to Maurkice Pouncey, Stephon Tuitt, and Bruce Gradkowski, it’s already been a rough week for Steelers fans.

Then yesterday word came down that Martavis Bryant would be suspended 4 games for violating the league’s substance abuse policy. The assumption from most seems to be that Bryant failed multiple drug tests, likely for marijuana use.

Personally I think that marijuana shouldn’t be included as part of that policy, but that’s really irrelevant. It is, therefore NFL players should be smart enough not to use it.

I should mention that Martavis is appealing the suspension, but I wouldn’t expect anything to come of that. If this was some sort of situation where he unknowingly took a banned substance or something he’d get some slack; but this has happened more than one time for him to get suspended.

This has really just ruined a lot of the optimism I had for the Steelers going into this season. The margin of error is so small with the schedule being as tough as it is.

The Steelers defense is going to take time to mesh, and it will be on the offense to carry the team. I was optimistic that could happen because there was so much talent, and I expected Martavis Bryant to take his game to another level, and therefore make this offense really hard to stop.

Now, thanks to the complete selfishness and stupidity of Martavis Bryant and Le’Veon Bell; this offense may look like the same one that’s struggled to put up points in the past few years. There’s absolutely no excuse for that.

Those two guys alone may have cost this team a playoff spot. I would not be shocked at all to see this team start the season with a 1-3 record, with 3 very tough games against the Patriots, Rams, and Ravens. Without Bell and Bryant, I wouldn’t say that the 49ers are a definite win either.

Assuming 10 wins gets you into the playoffs, if the Steelers started slow like I said; that means they’d have to finish the season at 9-3 with games against teams like the Chargers, Cardinals, Bengals, Seahawks, Colts, Broncos, and Ravens. Do you like their chances of that?

If Ben Roethlisberger can lead his team to a 2-2 record in the first 4 games, he’ll have to play out of his mind, and third year receiver Markus Wheaton needs to finally step up.

Le’Veon Bell did seem genuinely remorseful for his actions, and appears to have gotten his act together.

Martavis though is a serious risk to follow in the footsteps of Josh Gordon and Justin Blackmon and find himself out of the league. I’m not completely sure what his next punishment would be for another failed drug test, but I believe it’s 10 games, and then an entire season after that… and he’ll be tested more often now.

I’m sure guys like Antonio Brown are in Martavis’ ear, but nobody can change him except for him.

If I’m a teammate of Martavis Bryant and Le’Veon Bell I’m pretty upset today, that they let the entire team down and may have just cost the team a playoff spot this season.

I know that Bryant has no one to blame but himself. My problem is with the rookie symposium and it’s effectiveness and the people doing it. After watching what Chris Carter said and his partner Warren Sapp standing right next to him, I can’t help but shake my head and wonder ‘ COME ON MAN”. These are 19-21 year old young men who need a little better help than that. And should the Steelers be doing more to transition these guys.

I have no faith in Wheaton or DHB to help Ben for the first 4 games of the year. The pressure now shifts to Sammie Coates. He will need to step up in these last 2 preseason games and find a way to help Ben the same way Bryant did. Fans can comer on this site and say I’m bashing Wheaton and that’s fine it’s your opinion your entitled to it just like I’m entitled to mine but I stand but what I have said about Wheaton. Todd Haley’s game plan for the first few weeks of the season has definitely changed. Wheaton is in a contract year which usually means you play well but this is Wheaton and I doubt he will step up. Bryant is and idiot and as far the drug policy goes I have no issue with weed being included in drug testing. The policy is clear: if you fail the test you must pay. Look at Josh Gordon he simply couldn’t get it through his thick head you don’t need weed to deal with pain or for that matter anything else. Players know how drug testing policy works and yet they continue to break it and until players learn you don’t need that stuff the number of players failing drug tests will continue to rise.

[…] wrote a few months ago that Martavis Bryant and Le’Veon Bell may have wrecked the Steelers’ 2015 season, depending on how well he plays, Martavis could save it […]