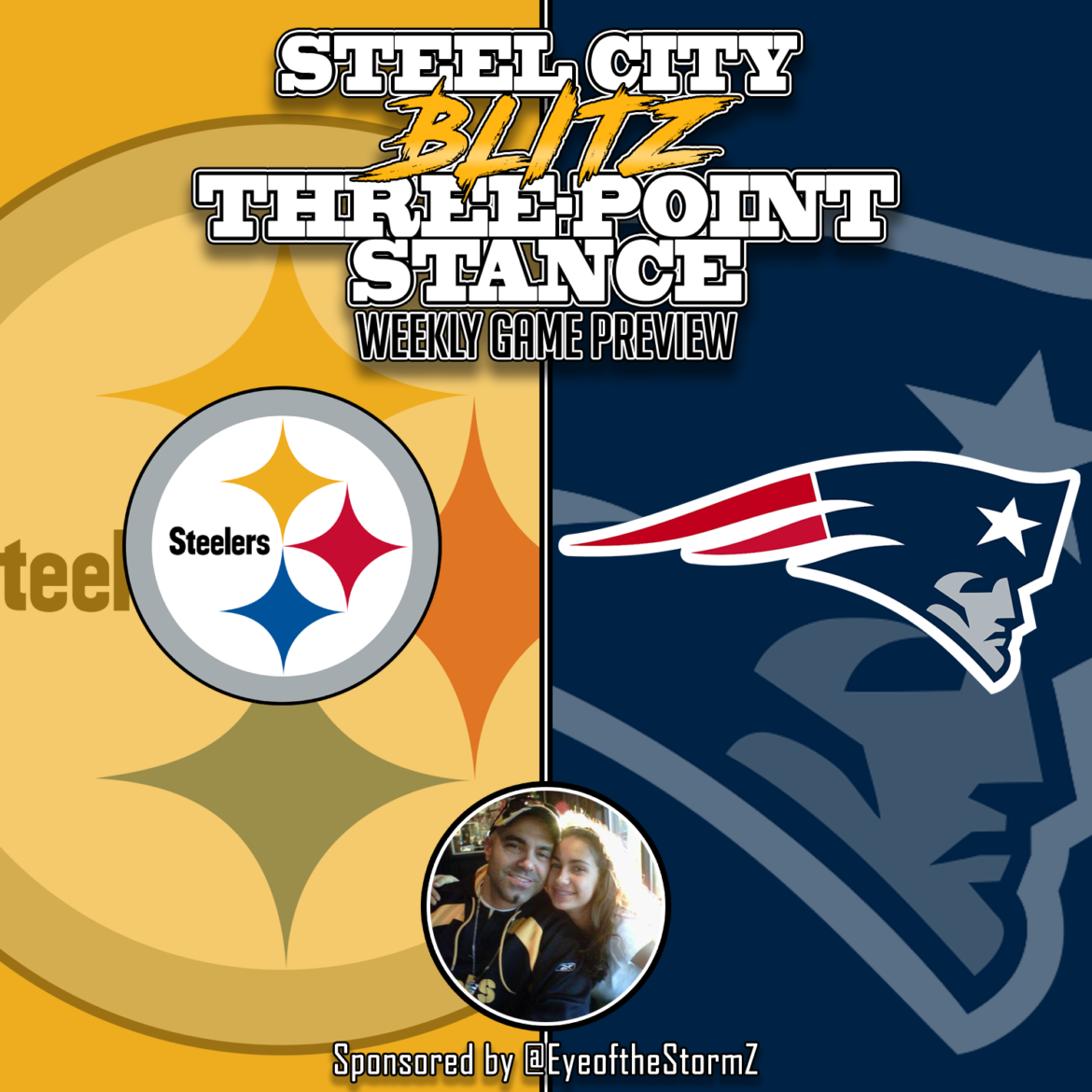 This is the Steel City Blitz Three-Point Stance. Your quick-hitting reference guide to everything you need to know about the Pittsburgh Steelers and the New England Patriots as the teams open the 2019 season. This is sponsored by @EyeoftheStormZ.

This Week: Baltimore at Miami, Tennessee at Cleveland, Cincinnati at Seattle

What You Need to Know: When a Steelers’ running back rushes for over 100 yards on opening day the teams is 13-2-1… Pittsburgh is 13-19-2 all-time in road openers… This is the fifth straight year the Steelers will open on the road. In the previous four games they are 2-1-1… The Steelers are 14-13 all-time in Sunday Night road games… With a win, Ben Roethlisberger and Mike Tomlin will tie Dan Marino and Don Shula for third (116) all-time in QB-Head Coach combinations.

What’s at Stake: For the Steelers it’s a chance to start on the right foot but at the same time it’s a chance to defeat the Patriots in their own building. That’s something they have not been able to do with Tom Brady under center. New England is looking to raise their sixth Super Bowl banner and cap the evening with a victory.

Time and Pressure. There’s a old saying about how time and pressure can literally change rocks and earth. The Steelers will need to pressure Tom Brady and limit the time he has to throw. Let me get more specific. The Black and Gold do not have to sack Brady all game long. While that would be nice, what the Steelers have to do is keep Brady under duress. Don’t let him get comfortable. Don’t let him get his feet set. Don’t let him get through his progressions. The time part comes in on the part of the secondary. We talked this week on the SCB Steelers Podcast about how the secondary did a great job last season against Brady in terms of mixing coverages. This added few seconds of recognition gives the pass rush more time to get home. Brady is not the greatest of all-time for just any reason, but he is capable of looking human and the Steelers can achieve this.

Play Clean Football. One of the things that went a bit under the radar in the preseason was the fact that the Steelers main units did a pretty good job of being penalty-free. The offense did a solid job of taking care of the football while the defense limited big plays and large mistakes. Any time you play the Patriots you have to play ‘clean.’ Missed assignments, missed tackles and missed blocks will happen to both teams but if the Steelers start turning the ball over or start getting penalties then the Pats will take advantage of that. Under Brady and Belichick they have thrived at making teams pay for their misdeeds. Pittsburgh has to make New England work for everything it gets.

Who is Stepping Up? For all of the ridiculousness that Antonio Brown put us through, there’s no denying he produced on the field. As terrific as JuJu Smith-Schuster is, he should not feel like he has to produce everything that Brown has left behind. Guys like Dante Moncrief, James Washington and Vance McDonald have to make plays when the opportunity is there. The same can be said for guys on defense. It should not be on just T.J. Watt or Cam Heyward to make the plays. There are plenty of other guys who should step up too. If they don’t, it could be a long night in the Northeast.

Predictions: Tom Brady has never lost to Pittsburgh at Gillette Stadium when he plays. He’s never thrown an interception against the Steelers there either. Yes, he’s aging and yes there’s no time like the present but no matter how much I think this is the Steelers’ best opportunity to win in Foxborough I can’t see it happening just yet but it’s going to be damn close.

Wow we are at full strength and this is what we roll out of the gate. They better throw this game in the closet and never talk about it. None of it will be good on both sides of the ball. Click-boom