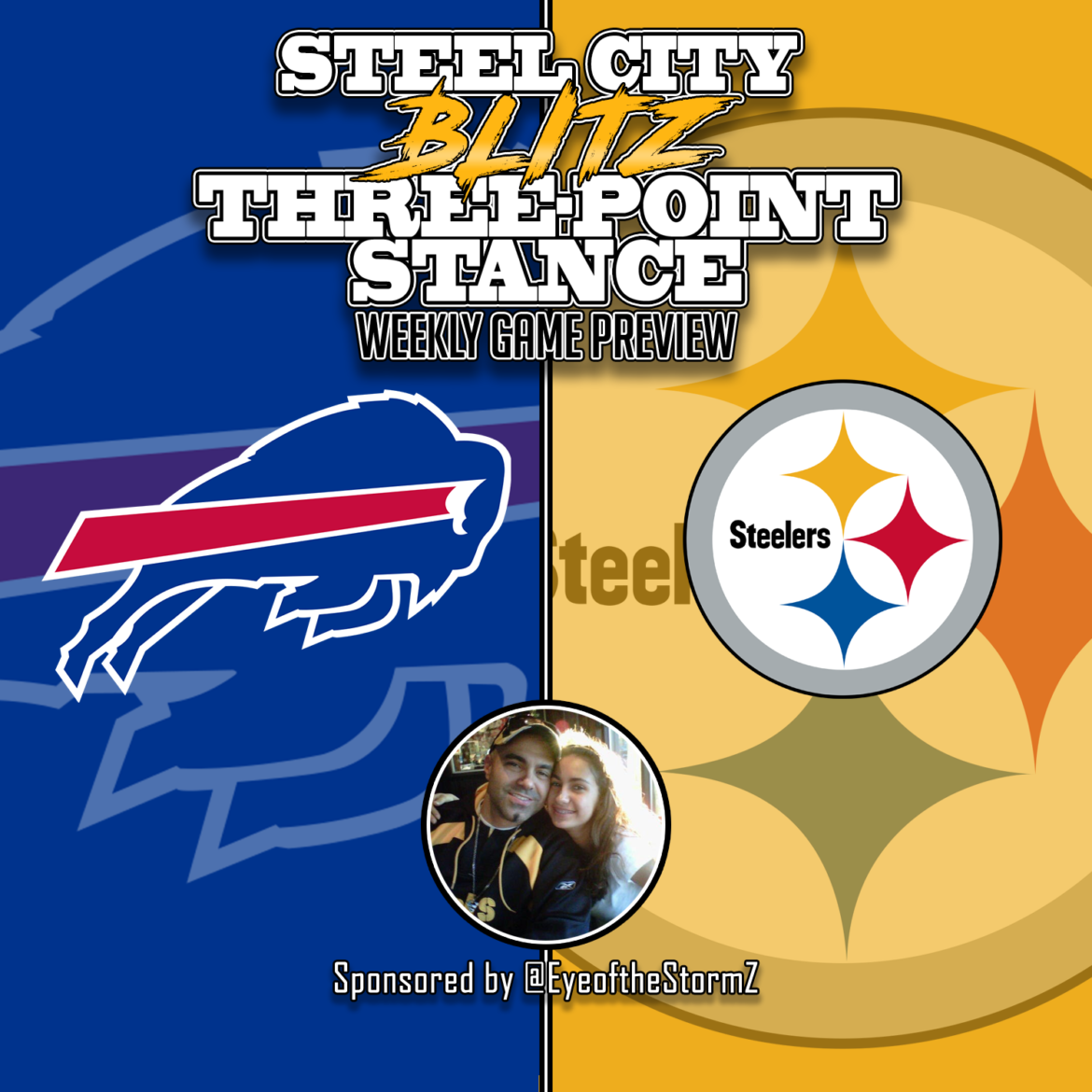 This is the Steel City Blitz Three-Point Stance. Your quick-hitting reference guide to everything you need to know about the Buffalo Bills and Pittsburgh Steelers in this week 15 matchup. The TPS is sponsored by @EyeoftheStormZ.

Last Week: The Bills fought hard at home but dropped a 24-17 game to the Baltimore Ravens. The Steelers traveled to the desert where they knocked off the Cardinals 23-17.

Head Official: Tony Corrente who is a retired educator and collegiate official. This is his first assignment working a Steelers’ game this season. He had the Bills-Redskins game several weeks ago and his crew had just five penalties accepted the whole game. Corrente was also the official in the infamous ‘Jesse James Catch’ game.

What You Need to Know: The Bills and Steelers are both 6-3 against the AFC… Terrell and Trey Edmunds will take on their brother Tremaine… T.J. Watt and Bud Dupree are one of two OLB units (Smith and Smith of GB) with 9.0 or more sacks each… Devin Bush leads all NFL rookies in tackles with 88… Pittsburgh is 29-23 all-time on Sunday Night Football. At home they are 13-9… The Steelers are 5-0 when they wear their color rush uniforms… The Steelers are 7-0 when leading after three quarters…

What’s at Stake: For the Bills a win clinches a playoff berth. For the Steelers, a win pulls them even with the Bills at 9-5 and would give them the tie-breaker over them in the race for a postseason spot. A loss for the Steelers would not be a death blow but it would make it very difficult depending on what the Titans do.

Play Clean Football. You already know your defense is going to give you a solid performance so you need your offense to just keep mistakes to a minimum. But playing ‘clean’ football refers to all three phases of the game. Penalties must be limited especially on special teams where field position will be incredibly important in a battle of two, top five defenses. It goes without saying that this would be a great time to end the streak of 20 straight games with at least one turnover. Duck Hodges has to keep taking care of the football and not make that one or two throws per game that can get him into trouble. One of the biggest things is eliminating those pre-snap penalties. False starts and jumping offsides on D just can’t be tolerated. Every yard counts in this one.

Bush vs Gore. If that sounds familiar, it should! It’s the 2000 Presidential Election! But that’s not what I’m talking about here. Bills’ RB Frank Gore may be old but he’s effective running between the tackles. Steelers’ rookie linebacker Devin Bush has to anchor down the middle of the field along with his fellow linebackers. Getting the Bills and Josh Allen into second and third and long situations will be a tremendous benefit to the Pittsburgh defense. That means Keith Butler’s charges need to hold Gore to two and three-yard gains on early downs. If Gore starts finding success then that completely opens up the Bills’ offense to passing and using Devin Singletary in a variety of ways.

Make Allen Pay. The Steelers continue their string of playing mobile quarterbacks after having faced Baker Mayfield and Kyler Murray in the last two weeks. Now they get Josh Allen. As fans we have to understand that the Bills have designed runs for their quarterback and there are times when he’s going to get yards. The Steelers however have to make sure that when they get legal opportunities they have to make him pay. We’ve seen Allen take quite a few shots this season and he will turn the ball over too. I fully expect to see Bud Dupree and T.J. Watt in his lap at times but I also expect to see Cam Heyward and Javon Hargrave among others trailing Allen. Those two are masters at delivering big hits from the backside of plays and I have a feeling we’ll see that Sunday night. The bottom line is that the Steelers have to make Allen beat them and I’m not sure he can do that.

Prediction: I’ve been around long enough to have seen this movie before. A team gets inspired play from its’ defense and rides a young QB who isn’t making mistakes to one win after another. The question is, when does this streak end? It always ends but when? Is Sunday the night Duck Hodges finally becomes a bit more mortal? Will the Bills’ top five defense prove too much for an average at best Steelers’ offense? At some point the ride will end but I can’t see it here. It’s going to be cold, breezy and potentially snowy. It’s the home finale and the Terrible Towels will be out in full force. I expect an ugly game but the Steelers will find a way. 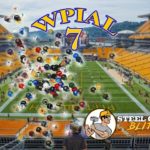