A week ago this was thought to be the biggest contest in the NFL season so far. A week later, the New England Patriots come to Pittsburgh as heavy favorites against a Steelers’ team without Ben Roethlisberger.

Weather: Partly Cloudy, temps in the low 50’s at kickoff

What You Need to Know: The Steelers and Patriots have played four times in Pittsburgh with the Steelers winning three… With a win, Landry Jones’ career record as a starter would improve to 2-1… Mike Tomlin is 2-4 against the Patriots… Antonio Brown needs two touchdown catches to tie Heath Miller for fourth-most TD receptions as a Steeler… Despite missing three games, Le’Veon Bell ranks fifth in yards from scrimmage with 440… The Steelers are 4-0 this season when leading at the half.

What’s at Stake: The biggest issue in this game is positioning for the playoffs. A win by New England gives them a huge advantage in the race for home-field advantage. For the Steelers, today is about over-coming injuries and proving they can play with the best in the AFC.

All-Time Series: Steelers lead 14-10. They hold a 10-6 advantage in Pittsburgh. The Patriots have won six of the last eight games versus the Steelers.

It’s Time for Special Teams to be Special. When you’re starting quarterback is out, you need to find ways to generate points and big plays. Danny Smith can’t worry about fake field goals. His units should be shoring themselves up against what the Patriots may do but he also should be working on finding ways to expose them. For starters, get Antonio Brown back on punt returns. His big returns are needed to shorten the field for Landry Jones and the offense. A score by this unit will go a long towards a victory.

The Role Players Have to Roll. Bill Belichick is notorious for taking away the star player of the opposition. That means other guys have to step up. Sammie Coates, Jessie James, Eli Rogers and so on have to make plays when the time comes. Dropped passes don’t help and neither do missed blocks. One or more of these guys will have opportunities on Sunday and they cannot let the chance get away.

The Butler Did It. As many eyes as will be on the offense, this game will ultimately be decided by what the defense can do to slow down Tom Brady and the Patriots’ offense. Steelers’ Defensive Coordinator Keith Butler must wisely vary his gameplan. Blitz when they don’t think it’s coming and drop seven when they don’t think it’s coming. Butler knows that confusing Brady isn’t easy so finding ways to get pressure will be crucial. That’s a lot to ask from a team unit that has struggled to get to the quarterback all season. Ryan Shazier also returns and will likely be locked on Rob Gronkowski. If he can slow down Gronk then that will force Brady to look elsewhere. Creating a few turnovers would be nice too.

Prediction (3-3 on the season)

Stranger things have happened in the sports’ world before but asking Landry Jones to beat the New England Patriots is a tall task. I think the defense keeps this game closer than some expect but in the end the Patriots will prove to be too much to get past. 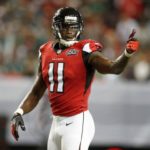 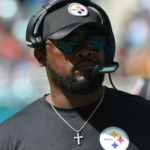