The playoffs are upon us! Here’s everything you need to know about the AFC Wild-Card Game between the Miami Dolphins and the Pittsburgh Steelers!

TV: CBS Jim Nantz and Phil Simms with Tracy Wolfson and Jay Feely on the sidelines.

What You Need to Know: Pittsburgh is 5-5 in the Wild-Card round dating back to 1983. They have lost three of their last four including their last two home WC games against Jacksonville and Baltimore… The Steelers are 8-12 in playoff match-ups against non-division opponents they played during the regular season…

What’s at Stake: A victory by Pittsburgh sends them to Kansas City for a Divisional round match-up with the Chiefs. A win by Miami sends them to New England.

Put on Moore Pressure. In the earlier game this season in October, the Steelers didn’t sack Ryan Tannehill at all. While the Steelers have been able to flip the script in regards to pressure on quarterbacks, they won’t see Tannehill this time. In his place is 10-year veteran Matt Moore who is 2-1 since taking over for the injured starter. First and foremost, if the Steelers can force the Dolphins into throwing more regardless of how (shut down the run, get ahead early, etc) they’ll need to get pressure on Moore. The pressure of the black and gold consistently in his face and his feet will add to the overall pressure he’s likely to feel going into his first career postseason start.

Ride With What Brought You. Le’Veon Bell will finally get to play in his first postseason game on Sunday. To say he’ll be fired up for this opportunity would be an understatement. Either way, Todd Haley needs to make sure Bell is the number one option. The Dolphins are near the bottom in rushing defense and they give up almost five yards a carry. Bell shouldn’t be relegated to running though. Getting him involved early in the passing game opens everything else for Ben Roethlisberger and the offense.

Make Ajayi Pay. It’s fair to say both of these teams are very different from when they met in October but the one constant from that game was Jay Ajayi’s huge day of over 200 yards rushing. There is no question that Keith Butler’s unit is ready to redeem itself. They can’t just limit Ajayi’s yards; they have to make him feel every single hit and tackle. He’s not 100% as he has a bad shoulder so don’t think for a second the Steelers don’t know that. Even when he’s a pass protector the Steelers’ D has to make him feel each and every hit.

There are a lot of numbers that don’t go the Steelers’ way in the wild-card round but I don’t think this one requires any over-thinking. The team is as healthy as it has been in a long time and I believe Ben Roethlisberger knows the opportunities at another Super Bowl run are running out. The young defense learned a valuable lesson last week about preparation. That won’t happen here. 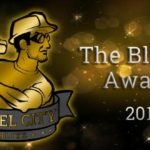 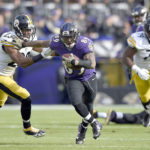 The key on defense is simple, “KEEP JARVIS JONES OFF THE FIELD”. On offense we need to control the line of scrimmage [easier said than done]. And don’t buy into this the cold won’t effect the dolphins believe me it’s 45 degrees down here today in FL. and people are panicking [it’s sort of funny but true]. I see the Steelers winning a close one 24-19. GO STEELERS!!!!!