Ugh. I’m sorry. I really am because I just don’t have anything other than that to say about this game. While the loss isn’t surprising, the complete demolition job by the Panthers was. Therefore, I’m left with… Ugh.

The Steelers’ preseason mercilessly came to a conclusion this evening before the home fans in a 23-6 loss to the Carolina Panthers. To put things in perspective, the Steelers had 11 passing yards near the end of the third quarter. While they would pick it up a bit late in the game, it was still a poor and uninspiring performance.

There’s no question in my mind that biggest problem the Steelers’ unit has had throughout the preseason is the total lack of cohesion. These guys just haven’t spent enough time together, especially in the secondary and it really shows. While there were several instances of “bend don’t break” tonight, the run defense was porous again.

That has gone from being a problem to being a recurring problem if you will. Last week the Steelers’ defense surrendered over 500 yards of total offense to Buffalo. Tonight they gave up another 450 plus.

Cohesion isn’t the only problem though. The total lack of depth is quite troubling as well for the Steelers.

The Steelers ended up with 191 yards of total offense and most of that came in the fourth quarter with the outcome no longer in doubt. If Josh Harris is going to enter the opener as the primary back-up to DeAngelo Williams then he has to do better than 12 carries and 29 yards.

Granted, some of that was behind reserve linemen but he still looks too tentative to me. Sammie Coates made a very nice catch and finished with two receptions for 55 yards. I still am not convinced he’ll see much action with Martavis Bryant out.

Michael Vick and Landry Jones were sacked five times combined which is also concerning. One other thing I couldn’t help but notice was that fullback Will Johnson was carrying the ball late in the fourth quarter. Kind of odd for a starting player I thought.

I wasn’t overly crazy about giving up a sixth round pick for Josh Scobee but his worth may be more than just on field goals. He boomed his kickoffs deep into the end zone and with a coverage unit that struggles, I love seeing that.

I love seeing guys like Nix hustling their tails off for a roster spot. Knowing he needs to do whatever it takes, he broke through and blocked a Carolina punt in the third quarter. 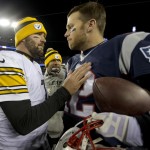 As We Expected, Brady Will Play Week One Against the Steelers 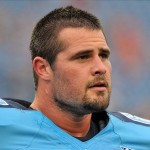 Possible Final Cuts that could Help the Steelers in 2015