Important Note for Sunday, July 29: Like yesterday, the Westmoreland County Air Show will be taking place at nearby Arnold Palmer Regional Airport, beginning at 11:00am. Due to this, for fans going out to St. Vincent early to check out some of the other festivities before practice, tailgaiting, congregating or general loitering in the parking lot areas will not be permitted.

Since tailgaiting won’t be permitted tomorrow, it’s the prefect day to check out our ‘Tidbits’ sponsor Taps N’At for a cold brew and great food! 152 N. Bank St in nearby Derry! Happy Hour is 4-6pm so beat the traffic and get there!

The Steelers had skated through the first two days of training camp without sustaining any serious injuries. That changed on Saturday when Ramon Foster’s leg got rolled up on by Stephon Tuitt during a running drill. Foster had to be carted off the field. Later in the day, NFL Network’s Ian Rapoport tweeted that Foster’s injury, which looked serious at first, is now potentially not as bad as initially thought.

Two injury notes: The knee injury suffered by #Panthers OT Daryl Williams is not believed to be season-ending. … And the knee injury that saw #Steelers G Ramon Foster carted off is not thought to be serious. Both much better than they looked.

Hopefully, Foster’s injury is not that bad, but until the team gives an official update on the results of any tests, we’re going to wait with baited breath. We all know how inaccurate injury speculation can be (see Exhibit A: Shazier, Ryan). In the mean time, BJ Finney will step in at left guard. Finney started 4 games last season and was an absolute mauler in the run game. Finney is also the top backup at center, so the Steelers will need to come up with a Plan B behind Maurkice Pouncey if Foster is going to miss extended time. Hopefully, Foster’s injury is nothing serious and he is able to return by Week 1 in Cleveland.

On Saturday the Steelers announced their 2018 inductees into the Hall of Honor. The Hall of Honor began last year with an initial class featuring 27 members. For that initial class, the 23 Steelers in the Pro Football Hall of Fame were joined by L.C. Greenwood, Dick Hoak, Andy Russell, and Donnie Shell. Last year, the focus of the selection committee focused on players who took part in the foundational years of the Steelers franchise. The 2018 inductees into the Hall of Honor are Bill Nunn, Art Rooney Jr, Buddy Dial, Rocky Bleier, and Alan Faneca.

This year’s class had a heavy focus on staff as both Bill Nunn and Art Rooney Jr were instrumental to the scouting and drafting efforts of the Steelers in the 1970s. Buddy Dial was a wide receiver in the early 1960s. Even though he only spent 5 seasons with the Steelers, he put up eye-popping numbers for that era. He averaged over 1000 yards per year between 1960 and 1963 and his 71.6 yards per game average is second only to Antonio Brown’s 86.2. Among Steelers players with more than 50 receptions, Dial’s 21.6 yards per catch average is the best. Rocky Bleier was a running back during the 1970s who won 4 Super Bowls and also served in the U.S. Army in Vietnam. Alan Faneca was a stalwart guard who should be in the Pro Football Hall of Fame. He played 10 of his 13 years with the Steelers and went to 9 straight Pro Bowls (7 with the Steelers). Between 2001 and 2007 he made the All-Pro team 6 times.

A Name To Watch

Camp is only three days old, but undrafted rookie Ola Adeniyi is starting to turn some heads. Everyone is quick to crown a “camp phenom” and it is still early, but the reports have been positive. Adeniyi played defensive end at Toledo and is working as an outside linebacker, donning James Harrison’s former number 92. Like Harrison, Adeniyi lacks the ideal height that many teams covet in edge rushers, but he plays with strong leverage and a high motor. The Steelers sorely need depth at the outside linebacker position, and if Adeniyi continues to perform well could earn a roster spot. As we discussed in our Training Camp Preview, with Harrison and Arthur Moats gone there is a fourth roster spot (behind Dupree, Watt, and Chickillo) up for grabs at outside linebacker.

Even in other team’s training camps. 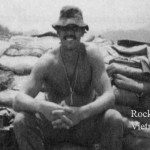