Good Tuesday to you Steelers’ Fans. Let’s get to it.

I get the feeling with each passing day that the Steelers aren’t going to be tied to any specific position in round one of the draft. The top edge rushers will be gone by pick #30 and some of the guys that may be available might not be what the Steelers want. Therefore, I think anywhere on the defense is fair game. Corner, safety, inside backer or even defensive line are all on the table in my book.

Here’s my latest take on Lawrence Timmons and his contract situation.

Chris brings up a very intriguing possibility in terms of a free agent signing at linebacker.

I suspect Ben Roethlisberger will sit down with Art Rooney II, Kevin Colbert and Mike Tomlin prior to the Draft and will lay out his plans for 2017. Colbert was pretty clear in his comments last week that they still don’t know what Roethlisberger plans to do. Like myself, I think they are confident he plays this coming season but you really need that commitment prior to the Draft for numerous reasons. Big Ben has been on vacation with his family recently.

Tweet of the Day… A shout-out to my guy DD who I used to talk to every week on Trib-Live Radio. He’s never missed an opportunity to critique fashion!

Ron Cook of the Post-Gazette wrote yesterday about not ever wanting Darrelle Revis in a Steelers’ uniform. A bizarre thought isn’t it? Revis took a HUGE step back as a cornerback last year and is over 30. Why, current South-Side incident aside, would the Steelers ever want him in the first place? 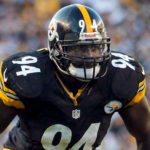 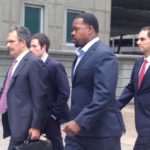 It’s clear that the author is a data geek. I like how
he writes and organizes facts. It’s always such a pleasure to read articles created
by real professionals, like https://sueduffybooks.com/write-great-250-word-essay/. I am fed up with all that no-name, ghostwritten articles.
That is why it was so pleasant to have a look at a compelling piece.
I see the writer has ground knowledge in the topic in addition to some practical experience.
Such kind of information is always more valuable than copypasted blog posts ideas.