One of the major questions on the minds of Steeler Nation (besides when will Keith Butler be fired) is when will Art Rooney II give his annual press conference? Typically, he waits about a week until after the season ends then strolls to a podium to answer some questions about the past season and the offseason and that’s it. I tend to believe what is happening is that there are some questions that ARII does not yet have the answers. For example, the media will more than anything want to know what is happening with Antonio Brown. They will want to know why some coaches have been let go and why some haven’t. My assumption is that nothing has been decided on either issue. Therefore it is better to stay silent rather than add unnecessary fuel to the fire. Stay tuned however.

With each passing day I’m getting the feeling that Keith Butler isn’t going anywhere and it has more to do than just that one year left on his contract. If you look at the players the Steelers have recently signed to futures/reserves contracts, the defensive players appear to be guys who would fit what the Steelers currently do. It’s really early but that’s an assumption I’m starting to feel confident about.

Tweet of the Day… Good catch by Simon here. If this is true and Tomlin completely changed the narrative during his press conference then he should be in quite a bit of trouble. The problem? I 100% believe that AB is feeding Deion info. Is that info true? I’ll let you decide.

Interesting comment from Deion Sanders here on NFL Network. Claims Tomlin knew everything that had transpired with Antonio Brown that week & that AB had permission from the #Steelers to miss each day of practice ahead of their Week 17 game. Very different to what Tomlin said … pic.twitter.com/IAKiWXASHt

Congratulations to both Joe Haden and Ryan Shazier. Their wives gave birth recently. Nothing like fatherhood guys.

Bruce Arians is the new Head Coach in Tampa. Matt LaFleur is the new head guy in Green Bay and Kliff Kingsbury is the new sheriff in Arizona. Pretty intriguing hires if you ask me for a variety of reasons. Kingsbury was under .500 at Texas Tech, got fired and still got an NFL gig. All about building relationships with the QB now.

The idea that because many other healthy players skip the Pro Bowl giving Antonio Brown reason to doesn’t carry much water for me. I’d have a lot more respect for AB and these other players if they would just say “I don’t want to play.” Instead, they make up injuries. And in the case of AB it gets worse. Posting videos of yourself skipping rope and running on a treadmill doesn’t exactly give the impression that you’re actually hurt. 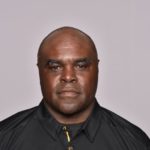 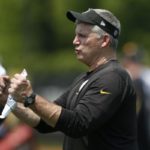