SCB Steelers’ Quick Hitters: The “When ‘Not’ Isn’t Really Not” Edition

Pittsburgh Steelers’ General Manager Kevin Colbert said many things yesterday during his press conference at the NFL Combine. One item of note was that “we are not going to trade Martavis Bryant.” For the record, I do not think they will trade Bryant and even if they do it likely wouldn’t be till the summer. But…. Perhaps what Colbert could should have said was this; “we are not going to trade Martavis Bryant unless someone makes an offer we can’t refuse.” Colbert pretty much said as much when he sat down with Bob Labriola and Missi Matthews later in the day. In other words, no matter who a phone call is from and no matter who the phone call is about, you listen. Do not forget that the Oakland Raiders were prepared to give up a ton for Ben Roethlisberger back when Roethlisberger was facing his legal issues.

Colbert also said what many of us speculated and I feel it’s crucial he did so. He stated that Ryan Shazier would not play in 2018 and that he (Shazier) was already aware of this. It’s important that Colbert said this because there are some fans who were still holding out hope that he would play in 2018. This puts an end to that.

Tweet of the Day… I wish Vince were wrong but he’s not. Carbs are evil (unless they are from beer).

Carbs are the devil,born in the pitts of hell to keep righteous men from swoleness. Jesus give me strength.

Great new episode of the Steel City Blitz Podcast presented by 26shirts.com/Pittsburgh from last night. We covered the latest Steelers’ topics and somehow both Dri Archer and Terry Bradshaw’s singing career came up.

Le’Veon Bell Update: The sides are reportedly “trying to find some middle ground.” Honestly I think Bell gets tagged but there’s always that one team that wants to overpay so who knows?

Not sure if it was steelers.com or NFL Network yesterday but they need to do a better job of making the questions more audible. Couldn’t hear what Colbert was being asked most of the time. His answers obviously helped to understand but still.

Stay up to date with all of Ian’s Bracketology stuff and Cnic’s Draft work on the homepage! 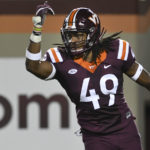 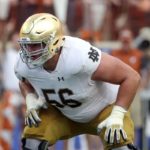