There was a recent discussion I was a part of that suggested Antonio Brown was ‘misbehaving’ on purpose in order to ensure his departure from Pittsburgh and at the same time drive his value down. This would help open up the number of potential teams for him to be traded to. This isn’t something I agree with necessarily but I think in AB’s mind it has merit. The discussion then led to just where Brown’s trade value currently is. I think several weeks ago the Steelers could have gotten a first round pick but now, with this most recent domestic issue in Florida, I have to imagine that his value has dropped. While I still think a second round pick could be possible it’s probably more realistic to think it would be a third. When you consider the problems he’s created in Pittsburgh and the fact that he could face punishment by the league for this latest incident, teams just aren’t going to want to spend much. I think he still he has three more years of high level play in him but just how much risk are teams willing to take?

Think about this for a second. If the Steelers do part ways with Brown and if Jesse James goes elsewhere in free agency, the team will have work to do to replace two very different yet reliable receivers. Amazing how things could change in a year.

Tweet of the Day… You may have missed former Steeler James Harrison on SWAT last night. I know I did because that show is terrible!

Here’s a couple of our latest Draft Prospect Profiles… RB Devin Singletary of FAU and DE/EDGE Chase Winovich of Michigan.

A lot has been made of of the Steelers’ futility when it comes to drafting cornerbacks and boy is there a lot of evidence of that. But where does the fault lay? Is it on Kevin Colbert? Mike Tomlin? The scouts? It really does have to be a little bit of all of them doesn’t it? I bring this up because the Steelers are in a position where they have to nail this in 2019. I don’t see them making a huge splash in free agency for a CB to play opposite Joe Haden so they have to get it right come late April.

Had to laugh when I saw the story about the Kansas City Chiefs telling QB Patrick Mahomes not to play basketball for fear of injury. My football coaches were the same way. If they saw you so much as go near a ball and a hoop you got your ass chewed. Something never change I guess. 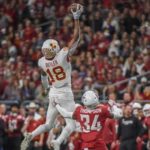 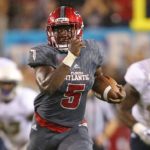 How about this idea, the Steelers push the ball to so few players.That ones that do get the lions share of touches get inflated egos. And the ones that don’t want out. Maybe A.B. wants the ball even more, it sure sounds like it. Remember the bud Leon commercials watch them and laugh but that’s exactly what we are dealing with. “There ain’t no we in team either”