Happy Thanksgiving to you Steelers fans.

Unfortunately that’s where my ‘giving thanks’ comes to an end. We should be enjoying the Pittsburgh Steelers and Baltimore Ravens this evening but we won’t. The National Football League, when this strange season began, said that “fairness isn’t the goal. Getting games played is.” That message came through loud and clear to the San Francisco 49ers a few weeks back when they were forced to play Green Bay with a lineup that wouldn’t have beaten a PAC-12 school. Now however, the NFL has completely gone back on its original word by pushing the Steelers and Ravens back to Sunday. This makes twice now that Pittsburgh has been the victim of the NFL’s subjective rulings. They were supposed to have played Tennessee in week four but because the Titans had covid issues (and violated numerous rules along the way) the game was rescheduled forcing the Steelers into a week four bye and gave them a stretch of three straight road games. The second of those was against Baltimore was coming off of their bye week. Now the Ravens are dealing with covid issues. Rather than treat them the same way they did the 49ers, the NFL and native of Baltimore Roger Goodell, pushed the game back. This means that all of the players that tested positive now have an opportunity to play on Sunday. Frankly, this is bullshit. To make matters worse, Baltimore admitted that proper protocols weren’t followed when they “disciplined” their strength coach. Their punishment? A chance to get everyone healthy before playing their rivals. I’ll get over it and I’m sure the Steelers will too. Mike Tomlin will not allow the team to make excuses and I would expect this of him. But on Thanksgiving I say “thanks for nothing” NFL!

P.S. Don’t forget this also takes away the Steelers’ mini-bye they would have had following tonight’s game.

UPDATE: As of 830am today the Baltimore Ravens had more positive tests. This now puts Sunday’s game in jeopardy. Stay tuned for the latest.

Tweet of the Day… Say it louder Double E!

i’m not gone lie @NFL THIS IS BULLSHIT…

Some of you read this column every single day and some of you pop in and out randomly. Either way, I’m grateful for you stopping by to get my opinions and my news on the team you love. I started writing about the Steelers 12-13 years ago and I am always amazed that anyone cares what I have to say. So thank you!!!!

Also thank you to everyone who helps make this little operation of mine go. Special shoutout to Matt Pappas who got me involved with writing about the Steelers and helped me set this site up. His knowledge and consistent help is always valued. Thank you also to our tremendous sponsors. DEK Roofing, Frank Walker Law, Craig Scott, Small Player Big Play and DC4L Custom Tees. I literally can’t do this without their continued help.

Have a great Thanksgiving Steeler Nation! 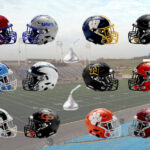 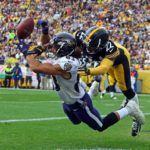 It’s Sunday or Not at All for Ravens and Steelers