Pittsburgh Steelers’ wise receiver JuJu Smith-Schuster appeared on NFL Network’s “Good Morning Football” and was asked about the upcoming season. JuJu’s reply? “Just wait… Let our pads do the talking.” Personally, I love that answer. The less hyperbole and less bulletin board material the better in my opinion. With so many questions about this team heading into 2020, I think JuJu’s approach – whether intentional or not – is the proper one. When you’ve missed the postseason in two straight seasons and blew playoff opportunities in both, it’s best to stay quiet. You’ve got nothing to say anyway right? My hope is that this is the team’s approach going forward. Say nothing and let the actions speak for themselves.

What a pleasure it was last night to be joined by our very own Ellie Finnerty(@elliefinnerty on Twitter). The United Kingdom native told us about how her love of the Steelers and Troy Polamalu all began. Ellie knows her football too! As always, the SCB Steelers Podcast is presented by DEK Roofing Inc.

Tweet of the Day… This isn’t going to stop until he finds a destination. I would consider it. A VERY late draft pick is all I’d offer though.

I would offer the Dolphins a third round pick — today — for Josh Rosen. The guy is 23.
The Steelers won't. But they should.

There was a rumor out there that Cowboys’ QB Dak Prescott turned down a five-year, $175 million contract. The Cowboys have said the report is wrong and absurd. But let me opine if you will. I like Prescott more than most. He’s tough, sits in the pocket well and throws a very nice ball. I will also say this; he needs to have a running game and talent around him. Yes, I could say that about any QB but what I mean is that he doesn’t strike me as a guy who can carry a team. He needs help and that’s why this current contract situation is where it is. He sees himself one way and the Cowboys see another. This is important simply because it could set the market for the next round of QB salaries. 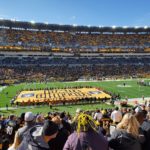 Steelers Restricting Ticket Sales – What Does It Mean?