Tired of me talking about how the summer and in particular July is often a dangerous time for NFL players? Yeah, well I’m tired of it too. Unfortunately the summertime blues we all have in anticipation of football beginning have been interrupted by players involved in off-field incidents. The Richard Sherman story from Washington state is troubling. It sounds more like his wife’s family we’re trying to protect Sherman from himself as he threatened to kill himself. Closer to home we had Dwayne Haskins assaulted by his wife in Las Vegas. Haskins claims he didn’t lose any tweet despite the police report saying something to the contrary. By all accounts Haskins himself did nothing wrong. What hurts him is that there are examples in this story of poor judgment which is exactly what cost him his job in Washington. My hope is that this is a minor blip and he can continue to focus on his career. We really just need to get to the season as quickly as possible.

The SCB Steelers Podcast presented by DEK Roofing Inc aired its newest episode last night. We covered Haskins, Ben Roethlisberger, Devin Bush, updated sack totals from the past and much more. You may also have noticed the podcast launcher is no longer from Spreaker. Moving that over to Megaphone is part of a bigger move that we are making. I can’t say much more than that but I’m really excited about the direction we are going.

Tweet of the Day… While I can understand this come on Chris! At least you have season tickets!! ?

Getting your season tickets via email is so anticlimactic.

Don’t Assume in Anything

When the Pittsburgh Steelers drafted Georgia Tech punter Pressley Harvin III the was an immediate assumption that he would come in and be the new punter. Thanks Jordan Berry, it was special, but it’s time to move on. It is NEVER that easy. It wasn’t that long ago that the Steelers wasted a draft pick on long snapper Colin Holba who didn’t even make the opening day roster. While Berry has been inconsistent he has also been fairly good at dropping the ball inside the 20-yard line. That is something prized by Mike Tomlin and Danny Smith, the Special Teams Coach. Harvin can boom the ball both high and far but if he struggles with placement that allows Berry to hang around. Just something to be aware of as Camp nears.

I’m a little late to the party here but congratulations to T.J. Watt and his fiance Dani. The two were engaged last week and the announcement was made via social media. I’m going to assume that Watt was able to afford a very nice ring. 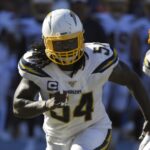