Steelers’ Quarterback Ben Roethlisberger will appear in his 221st game as a Steeler on Sunday. This breaks the club record long held by Hall of Fame Center Mike Webster. For my money, a streak is a streak. There are those that will suggest playing quarterback versus those like Webster who play on the offensive line is an apples and oranges comparison. But let’s be honest; this is football and anyone who can play in that many games (OK maybe not a kicker) is one tough son of gun in my book. Playing that many games is impressive any way you cut it.

Injury Thoughts… Several veterans’ days off yesterday so don’t be alarmed. DeCastro being back is good news but I’m going to pay close attention to the report this week. There’s a decent chance that even if he practices all week that he may not play. The Texans are pretty healthy for the most part.

Tweet of the Day… I think what he’s getting at is that Deshaun Watson is going to be hit a lot on Sunday.

J.J. Watt and the Steelers

No one attaches themselves to dreams quite like Steelers’ fans. The latest such dream is Texans’ all-pro defensive lineman J.J. Watt coming to play in Pittsburgh. “When Bud leaves we should bring J.J. here! It would be so cool to have all three brothers!” First of all, Watt is not a replacement for Dupree. They do not play the same position. You may as well ask for a Center to play Nose Tackle. Secondly, the salary cap is expected to take a massive nose dive in 2021. Pittsburgh will not be in any position to sign Watt. They’ll have enough trouble trying to keep the guys they have. Watt has made his home in Texas. Sure, he could come up here and stay with a brother for 8-9 months but he’s also married and his wife plays pro soccer. I never say “never” because I’ve been burned too many times before but this is something that wouldn’t happen at least until 2022 at the earliest.

I honestly believe the Steelers have yet to hit their stride on either side of the ball. Offensively they are averaging 26 points per game and have been decently balanced but there are mistakes, dropped balls and missed assignments that need to be cleaned up. Defensively, the unit continues to be a nightmare for opposing offenses yet there have been liabilities in coverage that better teams than the Broncos and Giants will likely take advantage of down the road. Those things need to get cleaned up and I believe they will for the most part. 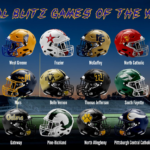