I can’t lie here; things seem too good to be true don’t they? Like the stars are aligning perfectly for a Super Bowl run? The Steelers have five of their remaining eight games at home and teams that once looked challenging look less so because of injuries. What’s scary is that the Steelers seem to thrive more when their backs are against the wall. So many people have put all of the team’s eggs into the home-field basket that I wonder just what we could be setting ourselves up for… I’m hoping nothing and that this team rises to the challenge!

Steelers’ Head Coach Mike Tomlin didn’t reveal anything Earth-shattering during his first presser in two weeks. Martavis Bryant being involved in the week 10 gameplan is not a surprise. I expect him to be back on the field in his usual position and trying to do his usual things. He’s done a good job of getting off of social media but I can’t say the same for his girlfriend however.

The Steelers are 6-4 under Mike Tomlin following the bye week. That’s not great but I still expect a win over the Colts.

Despite not playing last week, Antonio Brown still leads the league in receiving yards by 133 yards over T.Y. Hilton who the Steelers will face this week.

The whole Deion Sanders-Tony Romo thing has been funny this week. Romo said that Chiefs’ CB Marcus Peters likes to tackle less than Deion did which got ‘PrimeTime’ all upset. He retorted by saying “Romo has never won anything.” I think this is a draw. He’s right; Romo never did win anything but Romo wasn’t wrong when he said Deion didn’t like to tackle. He made his living as a cover man plain and simple. Both men need to return to their corners.

A report on Pro Football Talk says the Giants have told their scouts to start scouting college quarterbacks. Every team, regardless of who their current quarterback is, scouts QBs EVERY year. This item is so unworthy of being a news bite it isn’t even funny.

CK: Good to see Troy at the USC game (with Ju Ju) – does the blood still run cold with the Steeler organization?
Ed Bouchette: I haven’t seen him anywhere near the Steelers facility nor at Heinz Field, so I’d guess yes.

Like it or not, this is true. Polamalu did not leave the Steelers on good terms and there are several people to blame for that.

Marcus Gilbert’s hamstring is going to be problematic for the remainder of the season. He says he will play on Sunday but don’t be surprised if he’s limited in the number of snaps he gets. 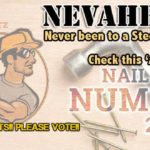