This coming weekend the Steelers will play the Tennessee Titans in the third week of the preseason. Now traditionally, this is the week where we see the majority of the starters play for ‘significant minutes.’ The word ‘significant’ is very flexible here. What you might think that means could be very different from what Mike Tomlin thinks it means. Keep in mind that if someone gets hurt then ‘significant’ becomes a completely different animal. So what should we expect this weekend? Ben Roethlisberger will play a half and if he and the offense are clicking early it may even be less than that. Big Ben always faces scrutiny if he starts the season slowly because of how little he plays in the preseason. That’s the risk we take in an effort to make sure he’s healthy for the season. To this point, the Steelers have been pretty fortunate with injuries through two games so knock on the nearest wood and hope that continues.

The players emerged from the locker room this past weekend wearing shirts with one of the late Darryl Drake‘s favorite sayings, “Shut Out the Noise” on them. We’ve added our own twist on a shirt for you to own. Check them out here on our online store. Available in a variety of colors.

Tweet of the Day… I try to add a shot from Dave at least once a month. The best shots of the Burgh come from him. Amazing.

For some reason, this view almost doesn’t look like #Pittsburgh to me. Maybe it’s how the sunrise dwarfs the city, or just how dynamic the light is across the scene, but it reminds me more of a video game. Either way, mornings like this make it so much fun to be a photographer pic.twitter.com/xmpc6Xqu1n

A tweet yesterday suggested that Jay-Z, whose Roc Nation has recently agreed to a partnership with the NFL, could become an owner of the Steelers. Let me clear this up. First of all if this is accurate, Jay-Z would be what’s called a ‘minority owner.’ This means that he would have an ownership stake but the majority ownership would continue to rest with the Rooney Family. My assumption is that Mr. Z would do this much like Jimmy Haslem and David Tepper did. Both men were minority owners who later went on to own their teams. Haslem in Cleveland and Tepper in Carolina. This is something I’m not going to lose any sleep over and if it does happen, maybe Beyoncé comes to Heinz Field for a game???

I think it’s safe to say the right tackle battle has not gone the way the Steelers hoped it would. Matt Feiler is more than likely to start there. Chuks Okorafor has been less than impressive in the first two games. In fact, Zach Banner has been more impressive than Okorafor has to be honest. Here’s the problem though. With Maurkice Pouncey and David DeCastro both dealing with lingering injuries, that could mean Feiler would have to slide down to right guard while B.J. Finney handles center. If this comes to fruition then the starting right tackle on opening night will not exactly exude confidence in most of us. Thankfully there is still time to get this situation settled. 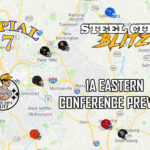 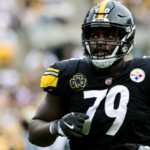