I had a professor back in college that was an ordained minister as well as being an educator. As I got to know him I learned that he actually marched with Dr. Martin Luther King, Jr and from there, he took our class on a tremendous journey through American Politics and much more. The one thing that stood out with me was that he constantly talked about his hope that “there would some day no longer be a need for rallies and protests.” Yet some 30 years later his hopes have not come to fruition. Last night, the entire slate of NBA Playoff games was cancelled after players chose to protest after the shooting in Wisconsin. Major League Baseball and some other leagues followed suit. Our world here is the NFL and if we think that this won’t affect us then we are blind. We already know there will be players that choose to kneel during the National Anthem but could we actually see NFL teams NOT play? I wish I could say I knew the answer and I wish I could say our Steelers were immune to these issues but they aren’t. Many of you are, to put it bluntly, “pissed off” about this and you fall on both sides of the argument. I get it, I really do… I understand arguments that come from seemingly several sides but we have to understand that whatever the NFL teams do we are at their mercy in terms of our entertainment.

It seems we always find a moment or two on every podcast to discuss what we are drinking and last night was no different. You’ll need to listen to the ‘open’ to see what I’m talking about… That said it was another great show. We discussed Ben Roethlisberger’s new video series, the honor for the great Bill Nunn, Chase Claypool and of course much more. We are proudly sponsored by DEK Roofing, Inc of South Florida.

Tweet of the Day… For you older folks out there.

When you’re talking about underrated 80s comedies, I’m putting in a vote for Running Scared. Gregory Hines was a talented cat, gone much too soon. pic.twitter.com/pasn0VAO36

If you listened to the Podcast then you know we spent some time on Ben Roethlisberger’s new ‘docu’ series. I’ve added the link to part one for you here. This will be a four-part documentary with each part lasting around 15 minutes. One of the things I didn’t bring up on the show was the idea that perhaps there’s a larger goal involved here for Ben. Since 2010 he has been especially more guarded than he was beforehand the allegations in Georgia came. He has married and has three kids, has clearly found a savior in his faith and has matured tremendously over that time. To be clear, Big Ben does not need more money when his career does finally come to an end but I wondered while watching this…. Is he angling towards a potential career in TV? There are few QBs who know the game like he does. Would he consider being a color analyst? My gut tells me no but I’ve been wrong before. 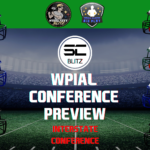 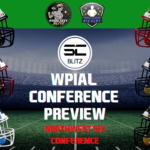