When things aren’t going well in any walk of life, you eventually have to shake things up in order to get things to go better. The Pittsburgh Steelers are at the very least entertaining the idea of shaking things up on their offensive line. Let’s start in the middle where Maurkice Pouncey could come off the Covid List in time for the game Sunday night but we don’t know yet. Clearly his return would be a leg up for this unit. The most likely change though would be rookie Kevin Dotson replacing Matt Feiler at left guard. Feiler has not played well. It really is that simple. His inability to get push on the line of scrimmage has been a major reason why the run game hasn’t been able to get going. David DeCastro, from what I’m told, is still hampered by a balky knee and may have one or two other issues as well. It’s unlikely the team does anything with him however. Chuks Okorafor has been adequate in pass protection but his lack of strength and “get off” in the run game is significant. Perhaps Feiler moves back to right tackle. What I know for sure is that something has to change. If it doesn’t this team isn’t going anywhere when the postseason begins.

We recorded episode 199 of the Steel City Blitz Steelers Podcast presented by DEK Roofing. Our focus was clearly on the Steelers’ struggling offense and injuries to members of the defense. That and much more on the Black and Gold.

Tweet of the Day… We love supporting great businesses like DC4L Custom Tees. Especially when they feature my all-time favorite Steeler!

The Player: The Design: pic.twitter.com/UpBidzISLm

Latest From the Training Table

*Per steelers.com the Bills held a ‘walk-thru’ only practice.

It’s always a fine line between the play that’s called and the execution but Randy Fichtner has to do a better job of putting his guys in a position to succeed. The ill-fated tackle eligible pass to Jerald Hawkins was doomed from the start. Even had he caught it Hawkins wouldn’t have scored. Why use a guy who isn’t used to catching the ball AND who has just come off the Covid list?? Those plays work when the running game is working and clearly ours is not. The other play was the fourth down throw to Anthony McFarland. You have a stable of quality receivers and you choose to roll the dice with a rookie? Furthermore, that really wasn’t part of his overall skill set to boot. Fichtner has to worry less about “surprise” and more about going with players that deserve the opportunities. 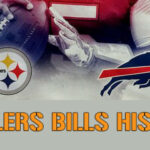 Alualu’s Influence Has Significantly Contributed to the...