There is a common misconception that when you make negative comments about a player’s performance or ability that you are ripping that player as a person. While there are certainly moments here and there where that could be the case, more often than not that isn’t accurate. Take Ryan Switzer for example. We aren’t fans of his game but that doesn’t mean we don’t recognize him as a good person. I bring this up because Switzer has become a media darling through the first few days of Camp. It is clear that Switzer heard the criticisms and if you think we were the only ones you’re nuts. He transformed his body and clearly devoted himself to getting stronger and quicker. If fans being critical of him makes him a better player then so be it. I however will believe it when I see it. If Switzer can make catches, make guys miss and break tackles? Then that helps our Steelers and I’ll be more than happy to eat crow. Please prove us wrong Switz.

We recorded episode 183 last night and Ryan Switzer was a topic of conversation along with Benny Snell, Diontae Johnson, Terrell Edmunds and many more. We also discussed the battle at right tackle and what can be expected from Stephon Tuitt. The podcast is presented by DEK Roofing Inc of South Florida.

Tweet of the Day… This was too good not to use today.

I'll bet if you give a house cat a little peanut butter there would be a strong Danny Smith resemblance. https://t.co/cgybwKvaTx

I believe it is very safe to say that the Pittsburgh Steelers and the rest of the NFL will start the season. Any thoughts that it would be delayed due to COVID are our the window in my book. This doesn’t mean that at some point during the season they won’t have issues but as I type this? We’re gonna have football and I couldn’t be more excited about it.

They say the swallows always return to Capistrano on the same day each year. The Earth also revolves around the sun at the same pace every year too. Like those things, there is always a guy or two in Steelers’ Training Camp that appears to be the “next big thing.” In recent years, guys like Justin Hunter and Tuzar Skipper were anointed with such titles. This year we’ve yet to hear of such a person but there are candidates. Both Ola Adeniyi and Ulysees Gilbert have had really good moments in Camp and beat reporters have taken notice. If one or both can make things stick then this would be a huge boon for the Steelers on defense. That said, let us temper our expectations. 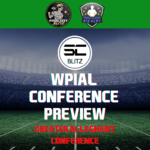