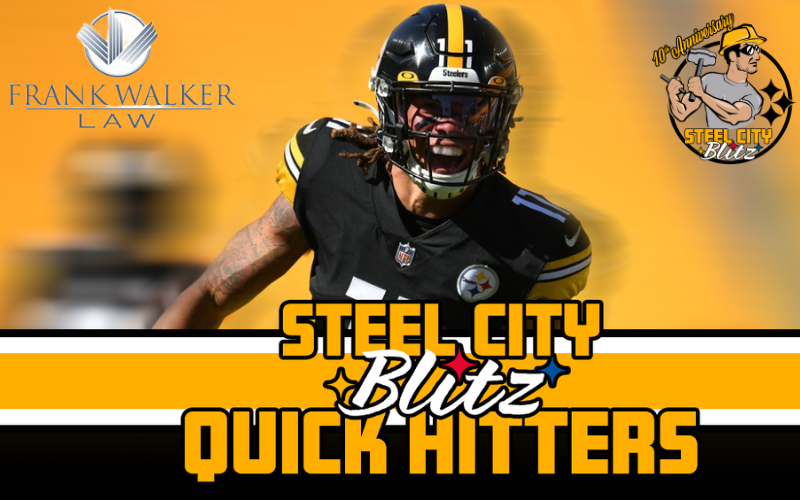 You probably knew that title was coming at some point didn’t you? I really hoped I could have saved for later in the season but as bad as things are offensively the time came sooner than expected. Here we are in week three and already we have players making comments about Matt Canada. Some of the comments are hidden underneath more general topics while some are just out there for the world to see. From Chase Claypool to Diontae Johnson to Mason Cole…. It’s obvious to this long-time Steelers’ fan that they aren’t real thrilled with what is happening. And why would they be? The offense ranks near the bottom in most offensive categories. Receivers are getting open and aren’t seeing balls thrown their way. The running game is a work in progress too. But where many should focus their attention is on the comments about “identity.” What is this offense’s moniker? Is it a run-first team? Is it a passing offense? Is Najee Harris the focal point or is someone else? These are fair questions and I really think there more to this than just Matt Canada. Mitchell Trubisky is what he is. He’s not a guy who is a pocket passer. He likes to be on the move and create as he goes along which is fine some of the time but as we saw last week, he’s leaving clean pockets. That eliminates a good portion of the field which takes receivers out of plays before they even get started. Yes, Canada is the biggest problem but he isn’t the only one.

Tweet of the Day… Trai knows as well as anyone.

How Daboll uses Daniel Jones is exactly how Trubisky should be deployed. Tempo, moving pockets, playaction, designed QB runs. Maximize this dude’s skill set and stop having him throw into all these tight windows.

People have told me I’m nuts for suggesting this as a reason to go with Kenny Pickett but I believe it to be true. I have nothing against Mitchell Trubisky but I find him to be rather bland when it comes to his level of enthusiasm on the field. I’m not suggesting he be a cheerleader or one of those guys who has to head butt all of his offensive linemen, but a little show of emotion once in awhile might be nice. That’s where I think Pickett would be different. He brings energy and excitement to the game. I honestly believe that his teammates would look past mistakes just to have some excitement and aggressiveness on the field again.

Malik Reed, who was brought in from Denver for a late round pick was supposed to just be for depth purposes. As it happens in football, all it takes is one play for you to go from watching to playing. In his time replacing T.J. Watt, Reed has been solid. He isn’t getting to the QB as often as we’d like but he’s been very good against the run… Ahkello Witherspoon has to have a better game Sunday than he has in recent weeks. The Patriots targeted him often in week two and he had his struggles against the Browns as well. We’ve seen him be terrific but he has to find that next level where consistency is the norm… If Zach Wilson does indeed start this week for the Jets I’m calling it now. Minkah Fitzpatrick will get an INT.

If Nothing Else, Pickett Would Bring Some Enthusiasm to the Offense