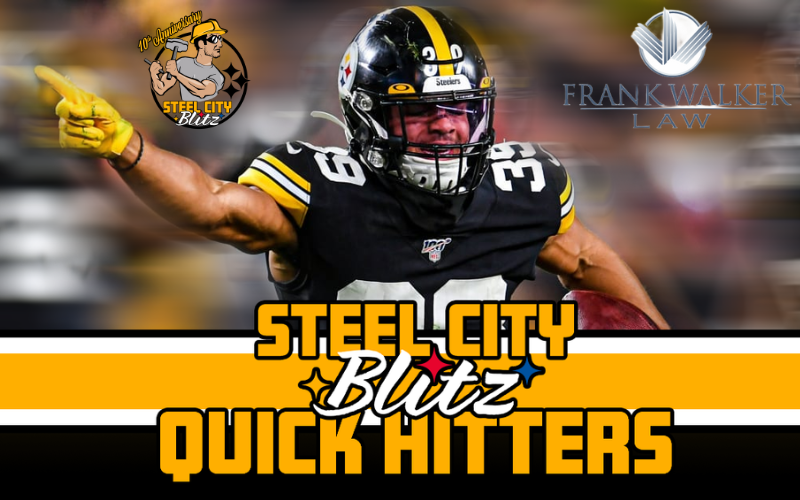 You are no doubt as tired as I am of hearing about Mike Tomlin “never having a losing season.” It’s easily the worst take in pro football to use and what’s really important is that Tomlin himself has never once uttered a word about it. It’s the media and talking heads who constantly bring it up. I predicted at the beginning of the season that the streak would end this year – I have them finishing 8-9 – but now I’m starting to wonder if it will even be that good. You know the games the Steelers have in the next four weeks. At Buffalo, Tampa Bay, At Miami and At Philly. That could easily be a sting of four losses which would put the Steelers at 1-7 with seven straight defeats. If that does indeed happen then I see no way they reach eight victories. While I’m much more of a “one game at a time” person, even I admit the road to hoe is a tough one and the last thing on Mike Tomlin’s mind is keeping his streak alive.

I hate when athletes play a game, lose, then tell the media that “we had the better team.” That’s Minkah Fitzpatrick did yesterday. Minkah may very well be correct in that overall, the Steelers have better players. But those ‘better players’ lost Sunday so on that one day the team that won, despite less talent, won the game. Just leave it be in the future Minkah. It’s a not a good look.

Two years in a row, I’ve had the great fortune to get down on the field at Heinz, errrr, Acrisure, to see the Steelers warm up. There are many things to be impressed by like the sheer size and speed of these men but perhaps no one is more intimidating than Chase Claypool. At 6’5″ and 200 plus pounds, he is literally the definition of a Greek God. There is little to no fat on this man and his stomach looks a lot like a ten-pack, not a six-pack. Unfortunately, the way one looks has little to do with how one plays. The dominance that Claypool had over defensive backs in college no longer exists. The deep throw to him from Kenny Pickett was late and had too much air under there’s no denying it. But my goodness… Be a dog Chase Claypool!! He had a 5’9″ DB on him yet he didn’t extend his arms to snatch the ball away. Heck he actually had the ball in his hands before he lost it. Claypool is emblematic of this offense right now. There’s no ‘dog.’ There’s no guy who is willing to rip the ball away from defenders or snatch it out of the air. I just don’t understand it.

The Toothpaste is Out of the Tube

That phrase was used this week by one of the guys here at SCB in regards to Kenny Pickett. Personally, I wouldn’t be shocked to see Micthell Trubisky start Sunday but according to numerous sources, Pickett’s going to get the call. My opinion? He should. There’s no turning back and this argument that “the schedule is too tough” makes zero sense to me. Every single game in the NFL is difficult and I don’t care how bad the team you are playing is. Yes, the next four opponents have solid records but you can’t hide Pickett from this. Tomlin made the call and it’s time to roll with it.

ALERT!! FOCO just dropped these cool, new bobbleheads this morning. Get one today!