Although there is nothing good about it, “good” morning to you Steelers’ Fans.

I did not anticipate this being the final one of these this year. Yesterday’s loss is difficult to take; all losses are. There is much to get to so let’s get started.

Credit the Jaguars for an excellent opening series on offense. They mixed the run and play-action and had the Steelers off balance from the start.

One thing the Jaguars did very well was avoid mistakes. Not only did they not turn the ball over but their only negative yardage play was when Blake Bortles took a knee to end the half.

Can’t say the same for the Steelers. Why Todd Haley tried to go wide on so many occasions against such a fast defense is beyond me.

The Jags were 5 for 5 in the Red Zone. That’s totally unacceptable Keith Butler.

The strip sack and return for fumble was a situation where Jacksonville covered well. Big Ben hung onto the ball too long and Alejandro Villanueva didn’t stay with his block. In other words, a perfect storm that resulted in a game-changing play.

If he can stay healthy, Vance McDonald is the Steelers’ number one tight end. His athleticism is significantly better than that of Jesse James.

Tweet of the Day #1… If this tweet about Mike Mitchell is true then I have no problem with the Jaguars talking smack about him. Sometimes it’s best to just shut up. Furthermore, if you’re going to run your mouth then back it up. Mitchell was a non-factor.

I would not give Bud Dupree his fifth year option. He’s been a huge disappointment and once again did little in terms of getting to the QB. For that matter, T.J. Watt played extremely hard but couldn’t quite get to the QB either.

If Ben Roethlisberger checked into the fourth down pass on fourth and short then he has to complete it. That said, some plays just shouldn’t come with run-pass options. If the goal there was to run and get the first down then the most liberty Big Ben should have had was running right, left or middle. That play was a killer.

Chris Hubbard is a great example of a guy who has played his way into a big payday. I do not see the Steelers retaining him. He will demand way too much to pay him as a sixth offensive lineman.

The front line of Cam Heyward, Stephon Tuitt and Javon Hargrave were a huge disappointment yesterday. While I realize they have little help, they were completely neutralized by the Jags’ O-Line.

Tweet of the Day #2… No, thank you Chris. For your effort and professionalism.

Thank you #SteelerNation for another year! You guys are the best in the world! #Blessed https://t.co/3AJsNuN2Wi

Let’s discuss the decision by Mike Tomlin to onside kick. There were 2:18 remaining and the Steelers had two timeouts. Tomlin chose the onside because he clearly didn’t trust his defense to get a three and out right? If that’s the case, then why not kick deep and see if you can’t get a big play or a penalty? After the horrendous execution of the kick by Chris Boswell, the Jaguars eventually had to settle for a field goal. Had the Steelers kicked deep, they would have been punting. Pittsburgh would have had the ball back down seven rather than being down ten.

I’m told this morning that Todd Haley was offered an extension earlier this season but declined it. That does NOT mean 100% that he won’t be back but it makes it more likely that he won’t.

It’s very easy to see Le’Veon Bell play and say “pay the man” but have you considered what he turned down last season? Throw in the fact that he’s had more touches than anyone in the league in recent years and you have to understand why the Steelers are not going to pay him $15 million per season. My guess right now is that he will be given the non-exclusive franchise tag which will allow other teams to sign him but should they, it gives the Steelers two first round draft picks.

What awesome catches by Antonio Brown and Martavis Bryant yesterday in clutch, fourth down situations.

The most disappointing thing about yesterday was how unprepared the Steelers looked. No other home team came out and looked as disoriented as they did in the playoffs. Questions about Mike Tomlin here are more than valid.

Keep your head up Steeler Nation! 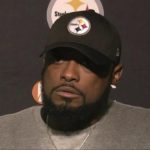 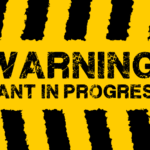